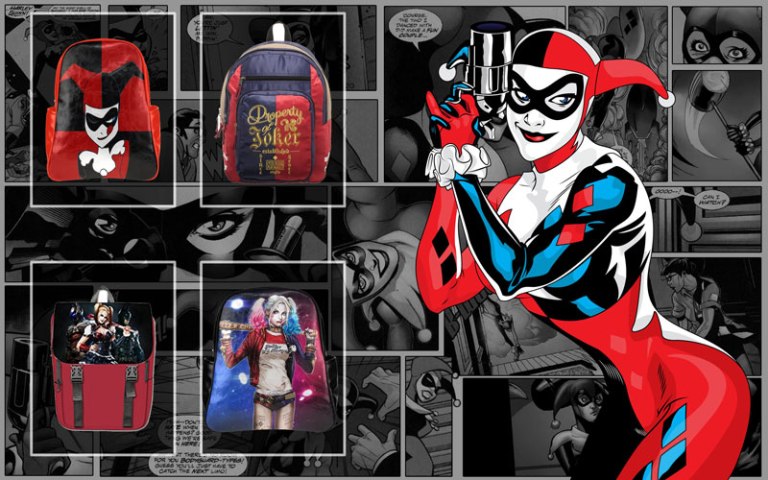 The Cupid of crime and Mista J.’s Lovely Mistress is about to strike again, and she won’t regret doing it. She’s totally crazy and can do anything to please her boyfriend Joker. The evolution of her character started back as an ordinary human who went from being a Doctorate to a differently sane character and of course property of her Puddin.  She maintained her strong, sexy appearance and what’s interesting is, we’ll show you similar Harley Quinn backpack that matches her outfits from Cartoon, Movies, and Games.  Here are 10 picks that’ll make you look bright! 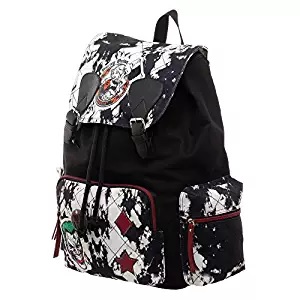 Her role in the Arkham series is remarkable. She’s also a playable character in Arkham Knight, and just like her crazy gameplay, this also deserves fans attention. 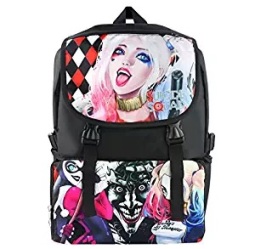 Margot Robbie is now and the only Harls in real life. Her role as the character is now used for many merchandise promotion just like this Suicide Squad bag. Suitable pick for outdoor. 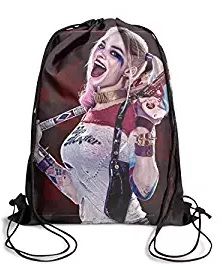 This is a high-grade Pu Leather shoulder bag made for outdoor. If you ever thought of seeing Margot Robbie’s animated version, this is how it’ll look. 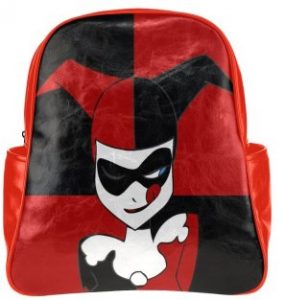 Feel nostalgic while wearing a featured classic bag for fashion. A Durable and made out of high-quality PU Leather, also lightweight. 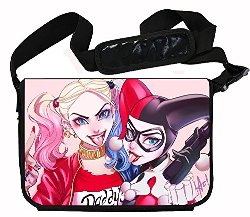 The craziest love example all over the world. You got to admit there is no other couple like The Joker and Ms.Q. This is the perfect example shown in the merchandise. Spread the word so others will also admire the character. 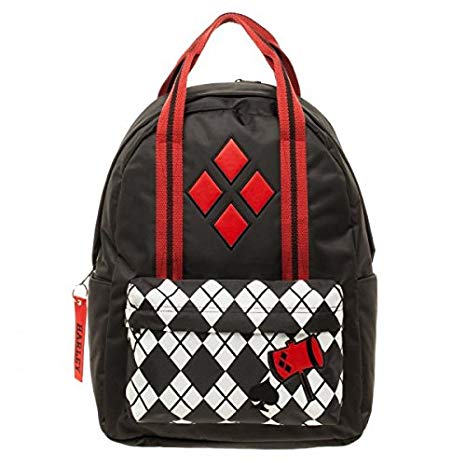 I love the Harley Quinn Arkham outfit because she looks more hypertensive and totally insane. I choose this for those who love playing her in Arkham Knight. 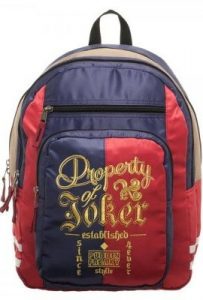 She is totally Joker’s belonging, and no one dares to touch her, or the Prince of Clown will unleash the same beating as Jason Todd. If you’re also that madman’s property, pick up this backpack. 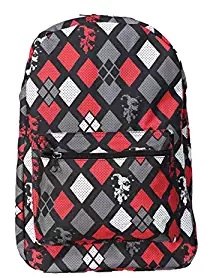 if there was actual Harley Quinn in the classic Batman 1966, you’ll only see her doing all POW POW and BANG thing. Like that’ll ever happen but still, I want to show you this cool style that features Diamond style Ms.Q.

For a casual day, make a crazy entrance and wear this Suicide Squad bag to let the world know how much you’re fond of the movie. It also has the skull logo of Harley. 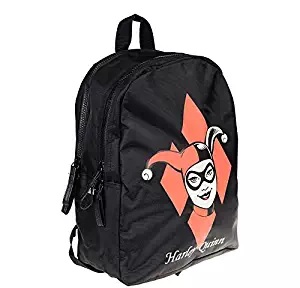 Scarecrows have injected Batman fear gas, and now he sees Harley everywhere. Look what happens to this bag,

Sure the insane Mr. J’s mistress loves playing rough house and make other’s life miserable especially that B-Man but she’s also a key figure that most of you fans admire. Today, I got the chance to show you all the stylish and trendy Harley Quinn Backpack that matches her attire from comic, games, and movies.  B-Man fans will definitely envy this collection. For Related ( DC Comics Backpack)