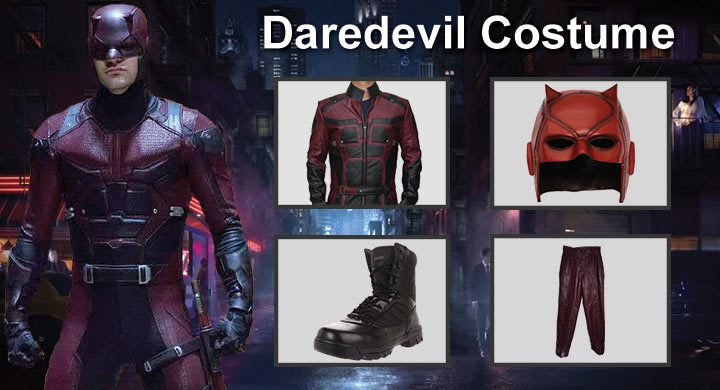 Many factors make people watch superhero movies or TV series with loads of interest and love. The action-figure scenes, fight, superpowers, gadgets, stories from comics and last but not the least costume. All these are also available in the Daredevil Series that has been followed by more than 2 million-plus counting people on Facebook only. With a great fan following, this TV show also requires to look attractive and entertain people with its look where Netflix has done a tremendous job.

They have made the costume of their character, Matt Murdock (famously known as Daredevil), in a very unique way and comparatively similar to the comic’s costume. The Daredevil costume is much akin to a biker suit where he has black padding on the suit and a helmet with the suit. Whether you attend a comic-con event or a costume party, you will see this daredevil merchandise and suit to be portrayed by someone there. 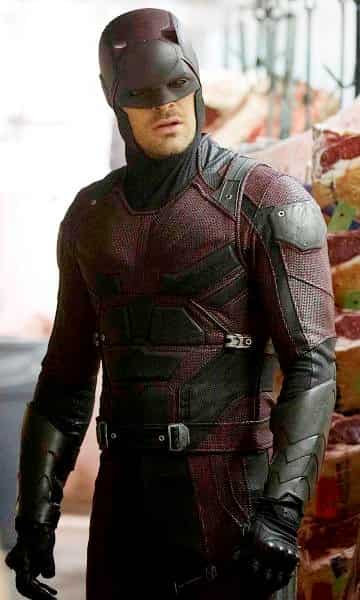 Now, if you’re willing to be the next Daredevil on the upcoming event then here is a costume guide that will make ease enough for you to be Daredevil in seconds. 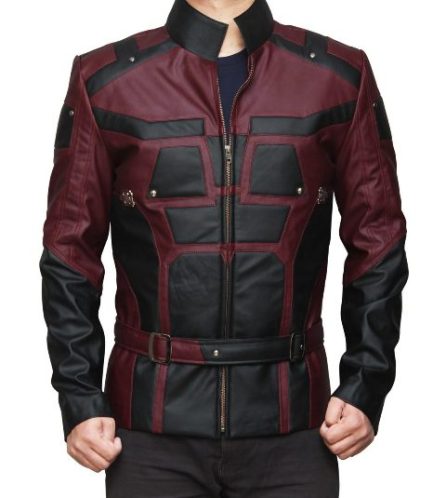 This is the Daredevil Jacket inspired by the Netflix costume of Charlie Cox. The best thing about this jacket is the material and detailing. No matter if you’re just wearing this jacket except wearing the whole costume, this is enough to make you look like Daredevil. 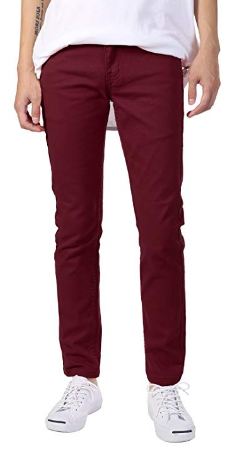 This is the burgundy pant that is preferred for you to combine with your Charlie Cox costume. This pant is made of high-quality material and is very comfortable in wearing. 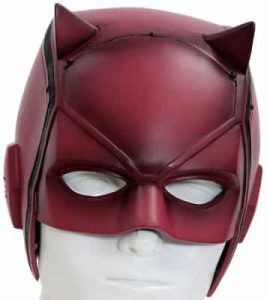 Your costume won’t be completed unless you buy this Mask. This is a very unique and stunning thing for all the Daredevil Lovers to have. No matter you’re going to cosplay or not, you can casually wear this Daredevil mask and feel like you’re the Daredevil. 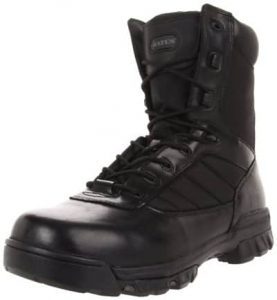 Last but not the lease, this pair of boots will complete your Daredevil Costume. These boots are long, made of high-quality material and you can wear it casually if you like to. 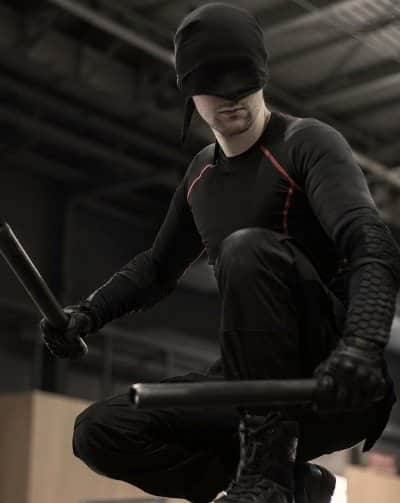 Following are the items that are required to cosplay the Season 1 costume. 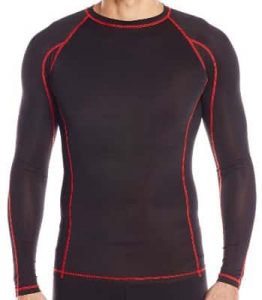 This is the shirt that Matt Murdock wore as a costume while learning his abilities and powers. As this shirt is worn by a charming superhero personality, many people adore this Shirt and portray him on several occasions of costume parties and cosplay. 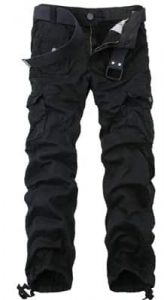 With his stunning shirt, Daredevil attired this black pant with his costume that looked perfect with his character and style. The exactly same pant is available on Amazon to purchase. 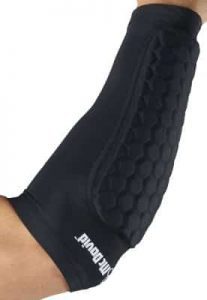 While learning his superpowers, Matt Murdock wore this safety guard that protects his wrist and elbow. The same is available at Amazon. It is comfortable and flexible to wear. This guard is well made and high-quality materials are used in the making of it.

While co-splaying Daredevil, you will surely require this Daredevil Head Wraps and it’s available at Amazon. 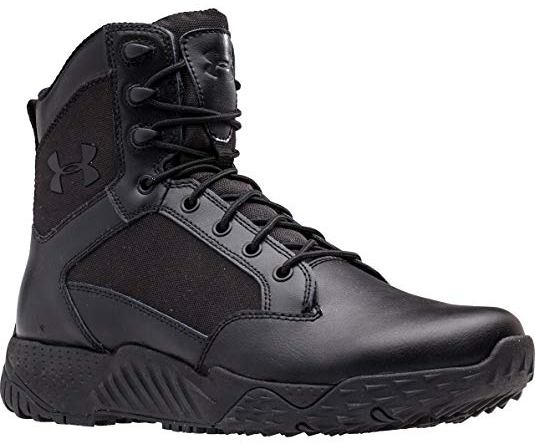 Daredevil has maintained his style by adopting many different stuffs together and making an outstanding outfit. In season 1 of Daredevil, Matt Murdock wore this pair of boots with his outfit that is stunning in design and comfortable like wool. You can get the same from Amazon at a reasonable price. 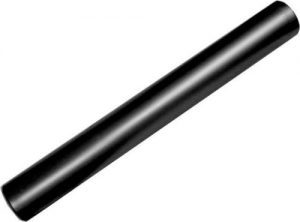 Every superhero has its power and talent to show the world and fight against crime. Same here, Daredevil has an outstanding knowledge of using Baton to fight. He can perform many different stunts and actions with Baton. He also uses this Baton in Season 1 with his Daredevil Costume while learning his antique powers. You can get the same Daredevil weapons for portraying the character from eBay. 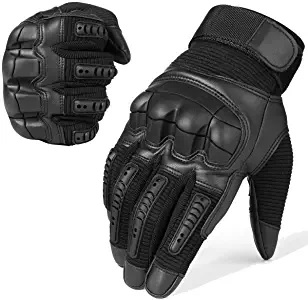 These gloves are really important to have for the costume because you’re going to be the action figure fighter after wearing this costume. This gloves will give you the perfect grip and comfy feeling while holding the weapons.

So are you ready to be “The man without fear”? Share your thoughts in the comment box and let others know about this guide if you found this helpful

ComicBookResources had developed the astonishing Infographic of Daredevil and Fjackets.com had added some ideas. Hope you’ll like it. Share and promote it.