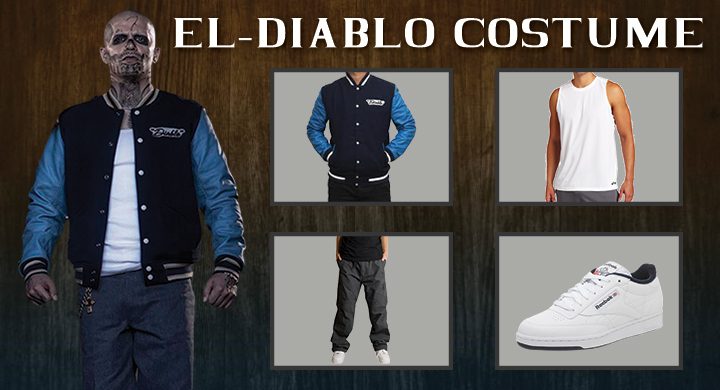 El Diablo is a name given to many different characters in the DC world. The very first time the name appeared was in the 1970s when a character named Lazarus Lane started calling himself El Diablo after having a near death experience against a gang of thieves. The literal meaning the word is “the devil” which shows the vigilante role that he played. After him came Rafael Sandoval in the late 1980s. And now, currently, we have Chato Santana, who is making rounds in the latest comics, movies, and games. This is why here we are covering an El Diablo Costume guide, if you are interested in the outfits of the other members of the Suicide Squad, then you can look through the Suicide Squad Collection from FJackets. He has had a mixed history so far with him being an ex-criminal.

He was with a gang of criminals when he was busted by the police and shot. When recovering at the hospital, he came in contact with Lazarus Lane, who gave him power before dying. Since then he has become a vigilante who, after being captured and forced by Amanda Waller, has joined the Suicide Squad. And you would already know that a movie, dedicated to the group, is being released this year. He is seen in the film, of course. What drew the attention of the fans was his attire. It was a relatively simple one in contrast to the ones worn by other members, but it could still be difficult to pull off impeccably. Surely you would have already gotten an idea from the title but still let me say that the thing that we are covering here is a list and description of all of the things you would need in the El Diablo Costume. 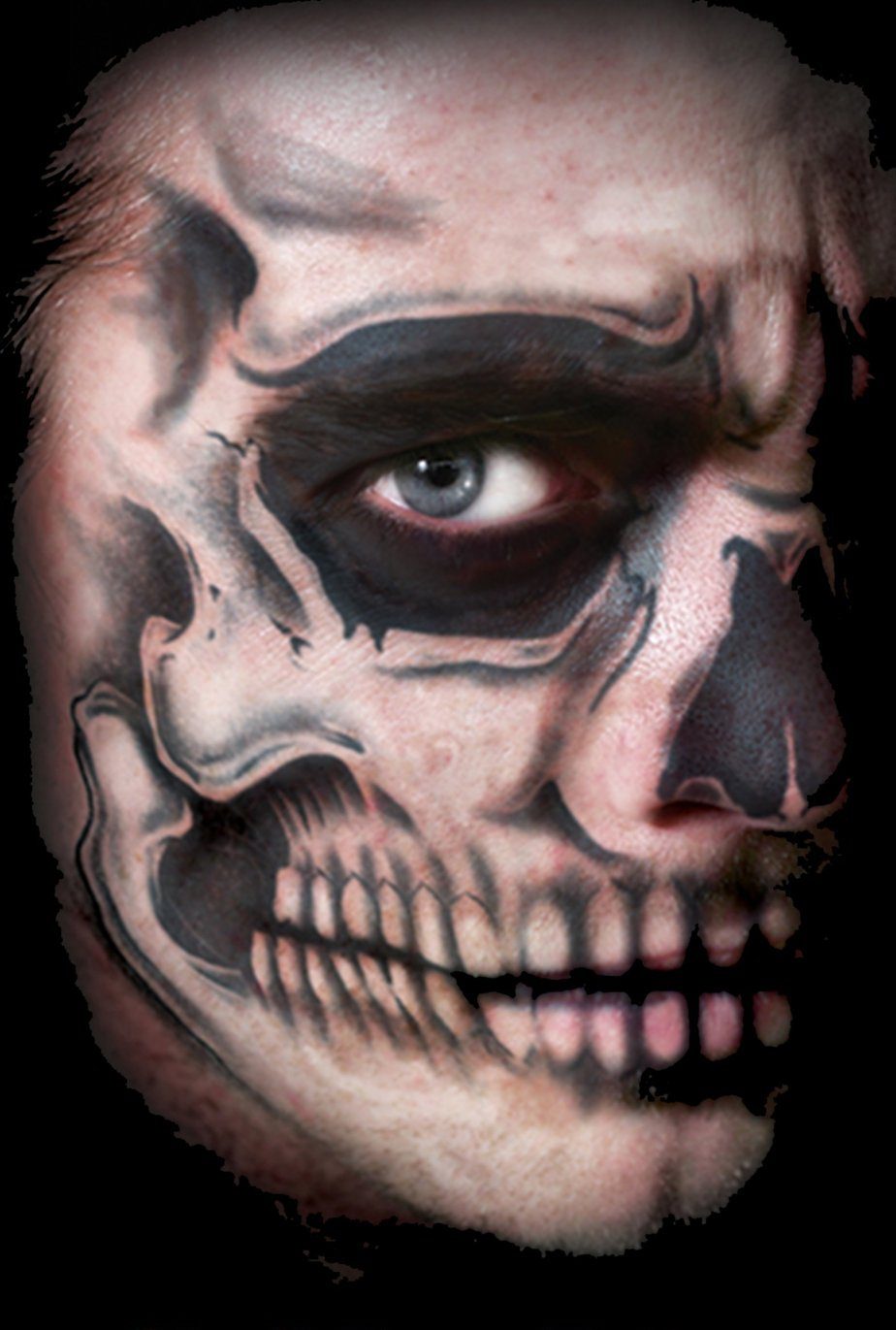 The most distinguishing factor of The Devil from others in the squad is that he has tattoos almost everywhere on his body. As he was a former gang member in Los Angeles, he had gotten the tattoos to intimidate others, just like the way other people of such profession do. But he we bet he didn’t have badass clothing at that time like this Jai Courtney Black Coat. However, even though now El Diablo has changed, his tattoos will remain with him forever. The tattoos on his face are a ‘skull’ type which is why I have chosen to include this product in the list. This item is the most matching one you will find on the internet. However, if you are such a type of person who really wants to go the extra mile in looking like him, then you can follow this makeup tutorial that gives a step by step guide on how to have the exact tattoos, which even includes the scythe on the forehead! 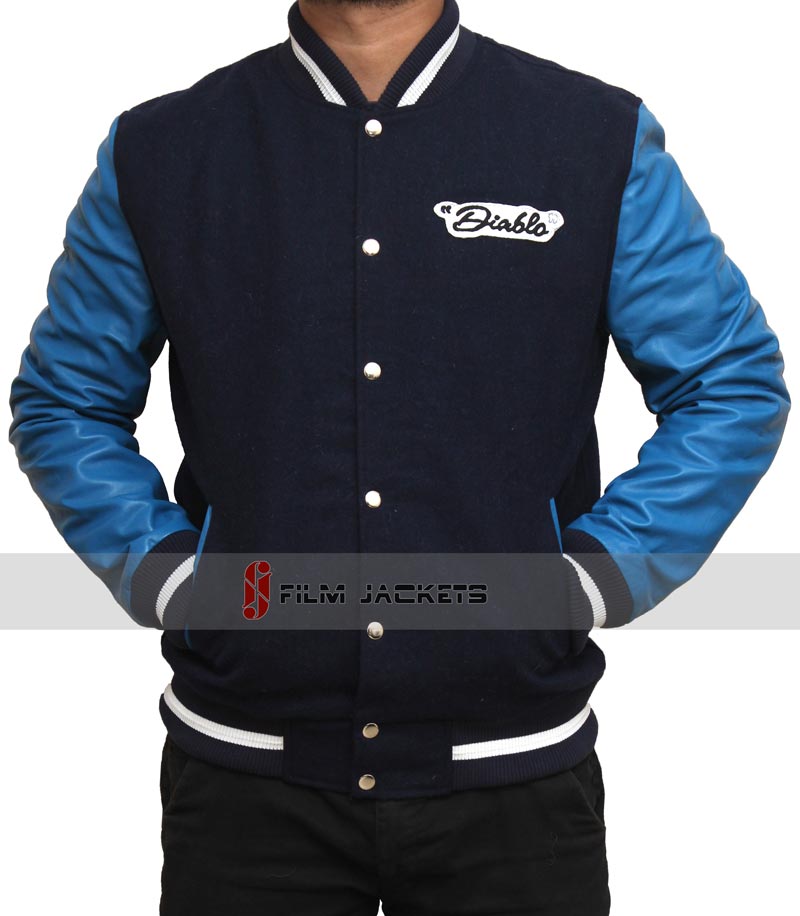 For the varsity jacket, you would be contemplating on going with a regular blue letterman jacket. But why do that when you can buy a jacket that is a ditto match of his; from the coloring of the cuffs to the ‘Diablo’ written on the left side of the chest. And the name is not that big to make the jacket worthless as after your El Diablo Costume you can use it whenever you desire. This item has the best value among all of the other ones available here. FJackets has a similar item for Harley Quinn as well with this HQ Red and White Letterman Jacket. For just $139 you are getting a jacket whose body is made from soft and comfortable fleece, while the sleeves are crafted from sublime quality leather. Internally, the quilted lining gives it such comfort that you would mistake it for being in heaven. Along with all this, if you live in the US, you are getting free shipping! It is too good to be true I’d say. 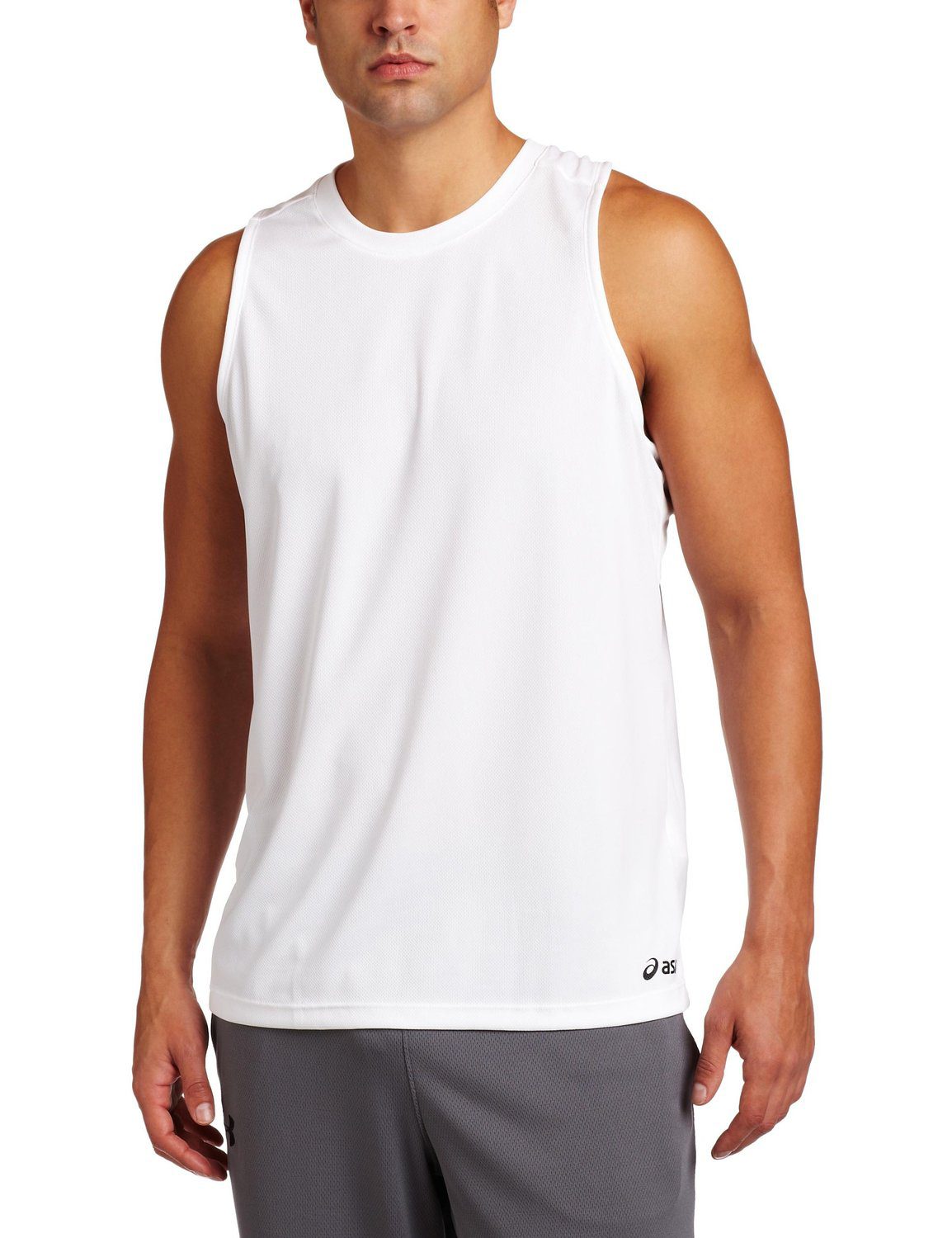 The tank top is kind of a trademark item of the character. It is a simple item just like the way this HQ Red and Blue Hoodie is a simple item dedicated to Harley Quinn. We have sometimes seen him without his jacket, but you cannot say the same for his tank top as he wears it almost all the time. But as the tank top is something that is not overly complicated or unique, we have decided to go with one that isn’t expensive and will give you the best bang for the buck. It is also comfortable and durable as cotton and polyester have been employed in the making of it. Then again, if you have anything remotely similar to this item then you can ditch it; it isn’t as important for the El Diablo Costume as the tattoos or the jacket. 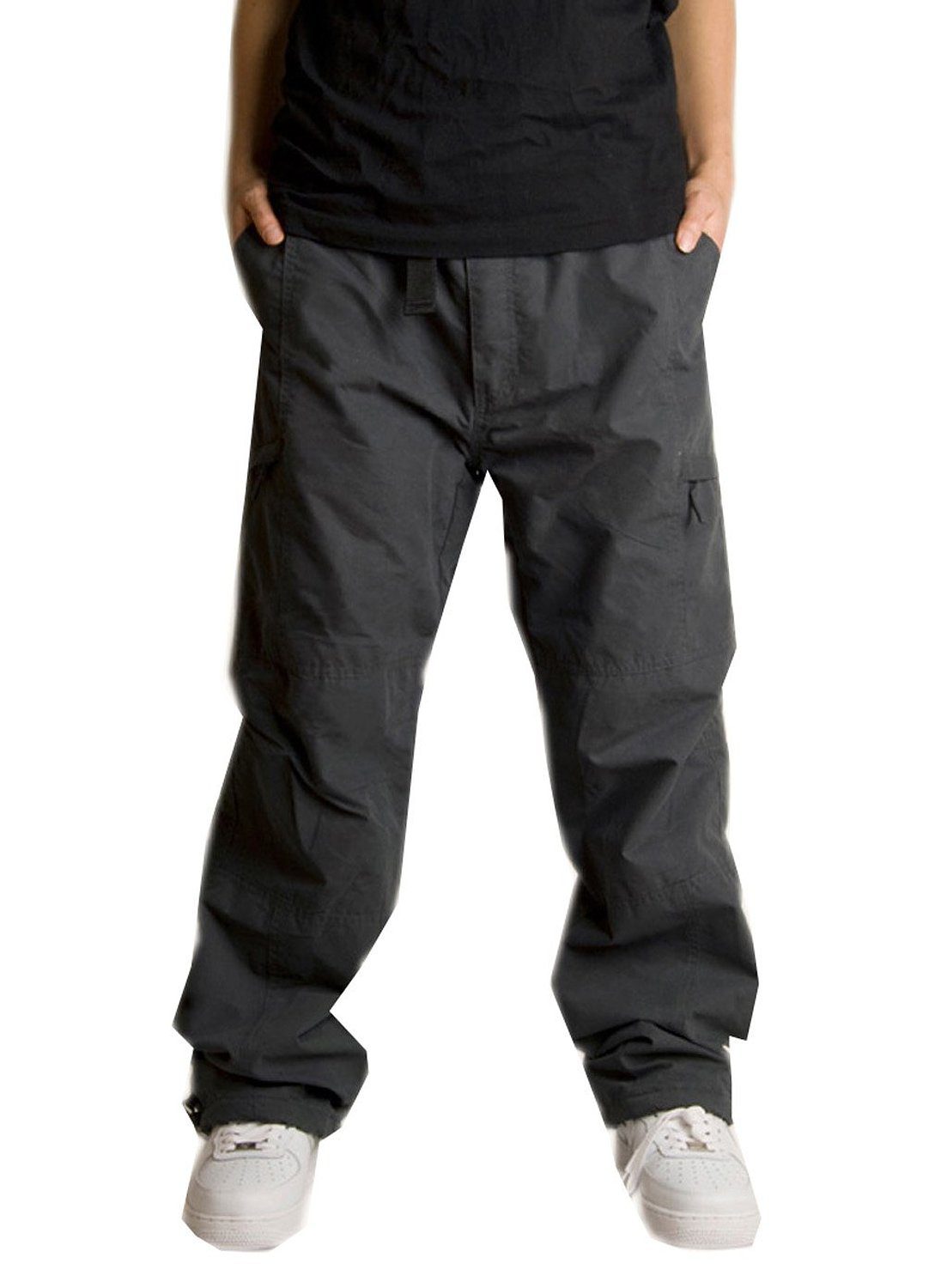 Gray is the way to go with the trouser pants of the costume. No matter whatever shade of gray you use in your clothing item it will surely look good as is evident from this Jared Leto Joker Gray Coat. The pants are pretty baggy in size as they curl up on top of the sneakers. What I love about the costume of The Devil is how much he is ‘in’ on the entire fashion industry. Surely he has other more important things in minds, but the way the coloring of his outfit matches up suggests otherwise. These gray trouser pants go phenomenally well with the white tank top and sneakers, and the blue jacket. So even if you are doing the El Diablo Costume, you would still be looking as if your fashion soul is alive and well inside of you. 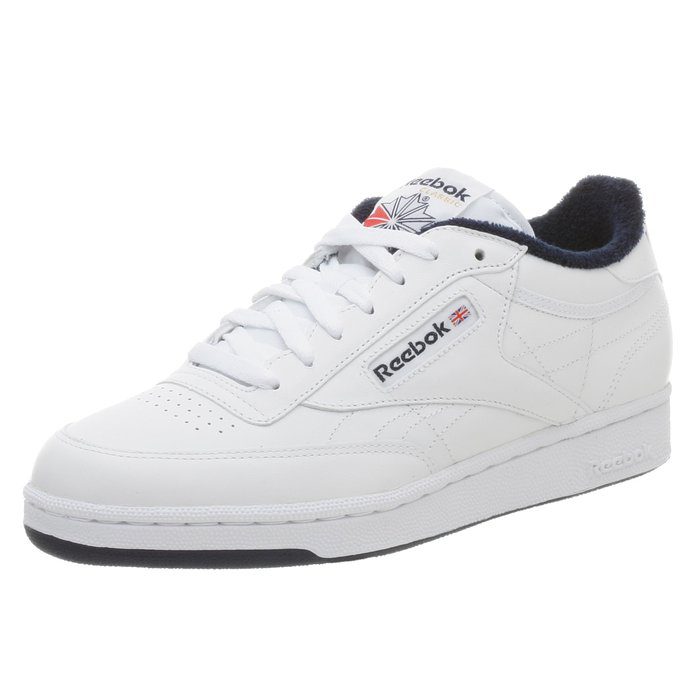 El Diablo wears white sneakers in his costume. So we thought that if anyone is going to buy sneakers for their costume then why not go with a pair that isn’t cheap and will stand the test of time. These ones from Reebok will do more than that as being light, having a rubber sole, and crafted from synthetic leather makes it comfy and pain-free to wear. They are also easy on the eyes as they compliment the other pieces of the outfit really well. These will also go fairly nicely with other kinds of clothing items like this Jared Leto Crocodile Coat. After buying the sneakers, you are ready to venture into the world of costumes with no fear as you will be distinguished and recognized by all.

And with that, the guide comes to an end. However, If he isn’t your thing then no need to worry as we have guides for other members of the Suicide Squad as well like the Deadshot Costume Guide or the Katana Costume Guide for your partner. Still, can’t find your favorite? Then head over to this Suicide Squad Costume Guide, which includes all of the characters. But, there might be a few countable individuals among you who are not into this whole Suicide Squad thing, then you should look into this 600+ Halloween Costume Ideas blog where you will definitely land upon one which you like. Anyway, we hope you loved reading this El Diablo Costume Guide blog of ours. Share your comments, suggestions and experience with us down below, and we will see you soon with yet another blog; stay tuned!