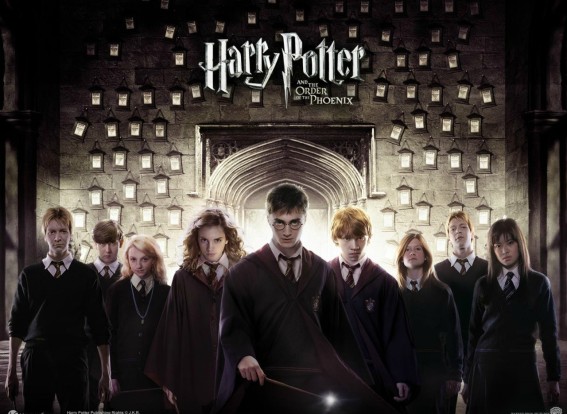 Why a wizard needs a wand? Why there are so many different types of Wands? And how come the wand chooses the wizard and now the other way around? You will have answers to all these questions only if you keep your patience. Today I will tell you all about the Harry Potter wands, and we will study the Wandlore of each of the Wizard wand individually. By the time you are done reading this blog, you will feel like Mr. Ollivander (the most famous Harry Potter wandmaker in all of Great Britain). We know that magic lies in the wizard or a witch, but what allows them to cast a spell is their wand. A wand can be thought of a medium through which they channel their magical energy. (Related: See Harry Potter Gifts)

The pieces in Harry Potter magic wand shop are made up of a different type of woods taken from various kinds of trees. And a magical substance is added to its core. This magical substance can be a hair or feather of some magical creature, such as a dragon, unicorn, or Phoenix. A wand has a sense and its own opinion, and that’s why a wand chooses its wizard, but how or why it exhibits such behavior is yet to be discovered. Now let’s learn about all wooden Harry Potter wands for sale of the famous character from the J.K Rowling’s magical realm. 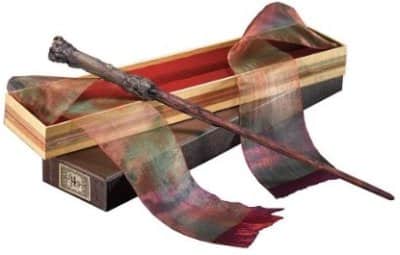 Harry purchased his wand from Mr. Ollivander just before the start of his first year at Hogwarts. The original Harry Potter wand is 11” long and made of the wood called holly possessed a core of phoenix Fawkes which was petted by Albus Dumbledoor. The wielder of the Phoenix core wand learns the most varied type of magic and is really hard to be chosen. 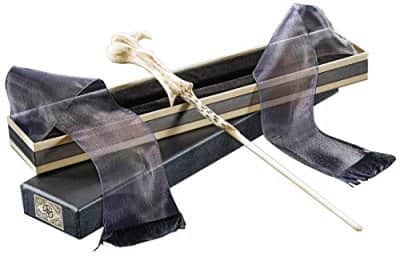 Tom Riddle and Harry Potter are often referred to as wand brothers; this is because both the wands possessed a core coming from the same magical creature – Dumbledoor phoenix. This is why there was a connection between the boy who lived and the one whose name shall not be taken. 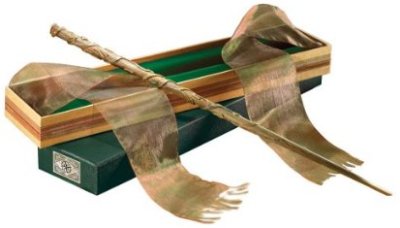 The original vine wood Hermione wand replica is just about 10¾” long, this replica vine wand featured here is slightly larger. This Hermione Granger wand replica is possessed by the Dragonhearsting core which makes it easier to learn and cast spells but it can also easily become committed to any other master. 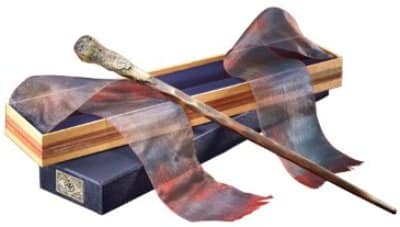 Ron Weasley wand has the unicorn tail hair for its core. The characteristics of unicorn hair wands are that they produce constant magic and bond very well with the wielder. 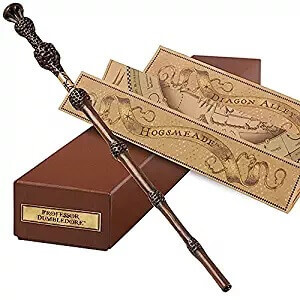 Harry Potter elder wand replica belonged to the principal of Hogwarts Albus Dumbledoor is or was (As it was buried with Dumbledoor in his grave) the most powerful wand in the entire magical kingdom. Said to created by the death itself as of the three deathly hallows and possess a core of Thestral’s tail hair and is made up ancient elder wand wood. Now you can easily get the elder wand for sale. 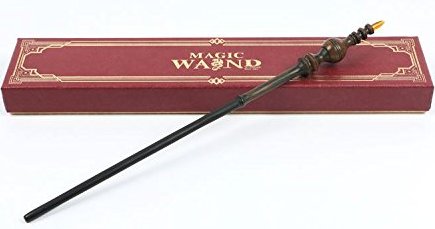 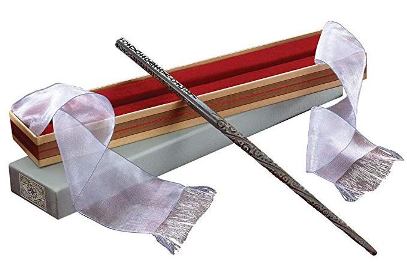 Next up on the Harry Potter Wands list is the mysterious magic stick of Sirius Black. The Sirius blacks wand material and magical core or even the length of Black’s wand are unknown. But we know that this Sirius Black’s wand was really powerful and Sirius was able to perform powerful magic and cast non-verbal spells. 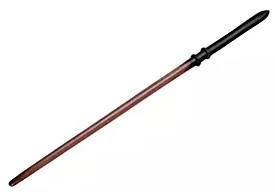 Draco’s 10’’ long wand was made up of hawthorn wood with a Unicorn tail hair core. As told above these types of unicorn hair and bond with the owner really well, and that is why Draco didn’t choose to use his mother’s wand or even the Elder Wand when he had the chance to do so.

James Potter wand was 11” long made up of mahogany that possessed an unknown core. The wand proved to very useful for transfiguration. It made of light color and had a simple cobweb design from top to bottom.

Described as pleasantly springy by the maker Olivander, Cedric Wand was 12” long made up of ash that contained a trail hair of a male unicorn.

The wand of Harry Potter’s wife is made up of yew but the core and length are unknown. The Harry Potter Ginny wand is of black shiny color and handle has a spiral design.

Unlike the other Harry Potter Character wands described in this article, Viktor Krum wand was made by wandmaker Gregorovitch and it was the last wand he ever sold. It was thicker than usual made up of hornbeam wood and the core of dragon heartstring core. 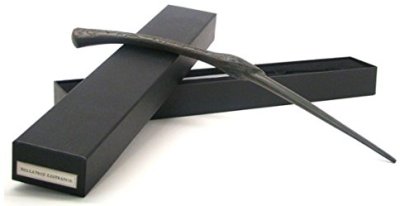 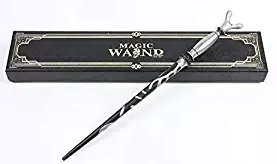 Professor Horace Slughorn wand is described as fairly flexible. It is made up of cedarwood and dragon heartstring lies within the core. It was roughly 11” long. 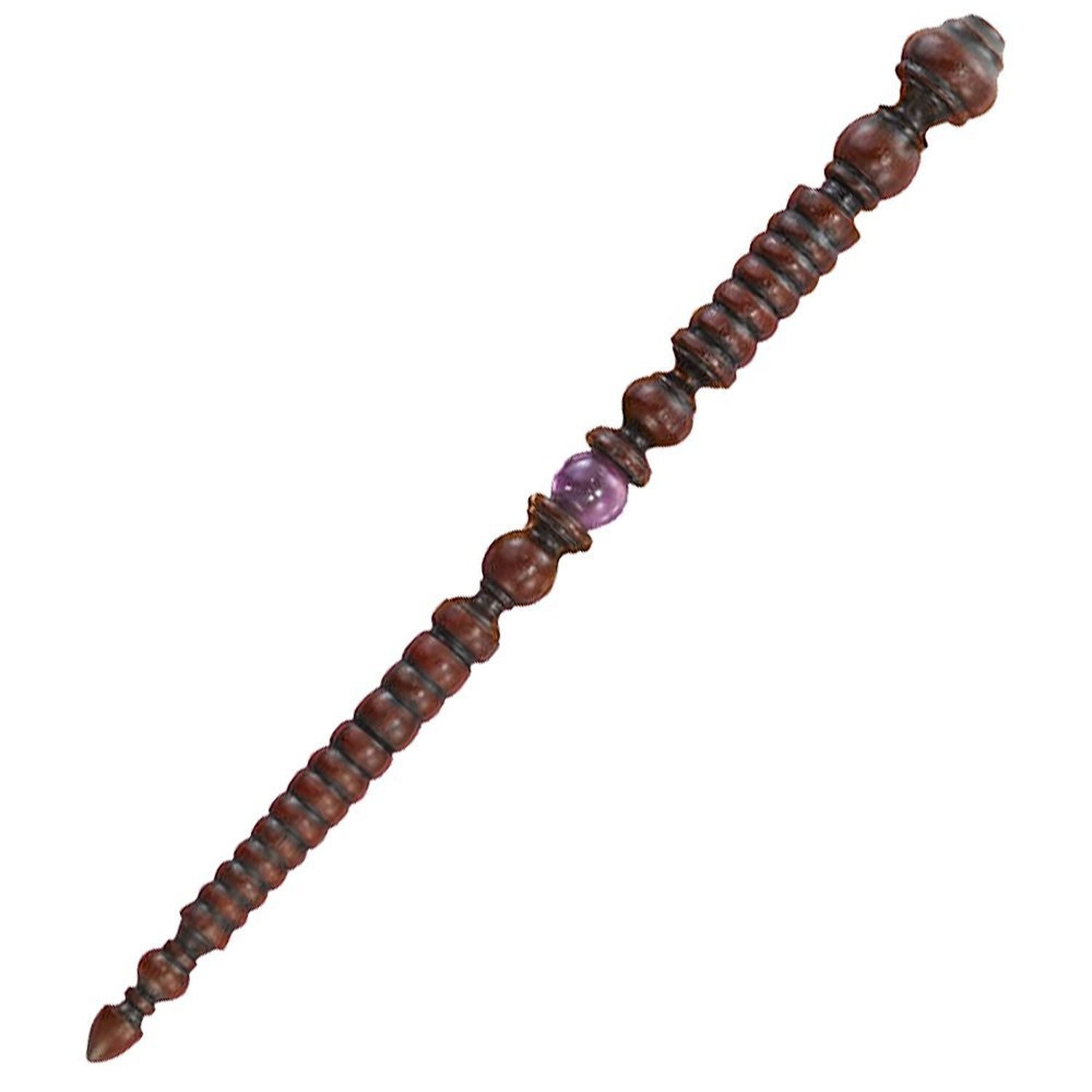 This unusually short wand wielded by the meanest character of the Potter-verse is just 8’’ long and made up of birchwood and dragon heartstring as the core. The short height of the wand indicates that there is something missing in the owner’s personality. 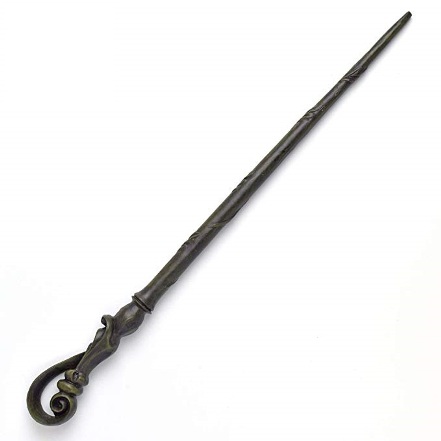 Probably made by some French manufacturer this Veela hair wand is 9½ long made up of rosewood. It is the only wand with that possess a Vveela hair core that we know of from the Harry Potter Magic Shop. 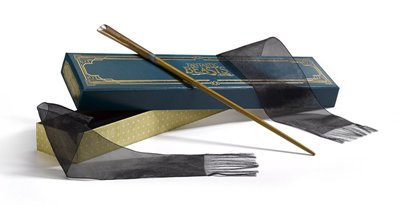 The only Harry Potter wooden wands so far to have a core possessing material derived from multiple magical creatures. It is primarily made up of lime and possesses bone core elements and a shell placed at the end of the wand. It is assumed that this wand was made by newt’s father who in his career was not too fond of the conventional core materials. (Related See: Fantastic Beast Costume and Merchandise)

The exact replicas of all the magic sticks defined here and many more are present on our Harry Potter Wand shop. As you know now that our knowledge about this product is very extensive and we take our work seriously. We have made all these weapons of wizards with utmost perfection and quality material. Our Harry Potter Wands for sale are best ones present on the internet, it is as they were made we Mr. Ollivander himself. So, get a harry potter replica wand for yourself as fast as you can and starting casting your spells.

Wandlore is the study of wands and it takes ages to understand it fully. The brief knowledge we have provided you with can use a basis to sort a wand for yourself. And this ends our study of famous harry potter wand replicas for sale form the Potter-Verse. We hope that after this article you have gained sufficient knowledge of Harry Potter wand designs and its relationship with the wand wood and the wand core. Do share this wonderful information with your friends. If you have any questions about a certain type of wand feel to post it in comments and we shall reply with the most accurate answer.