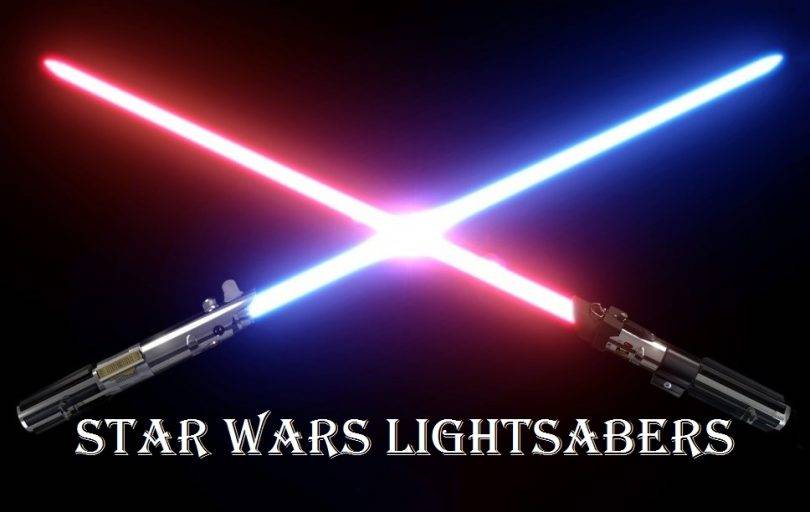 We all have seen, carried and even played with the famous Star Wars lightsabers, but almost know nothing about our favorite sci-fi weapon. Yes, we know that it is one of the most powerful weapons in all the galaxies, and most Jedi and Sith carry it. But do you know why some Jedi’s take a green saber while others wield blue? And why Siths carry red? How come there are so many colors? What determines the color and carrier of the lightsaber? Today we will tell you which lightsaber you should carry that will portray your character correctly.

A JedKnightht or a Sith (member of the dark side) must make their own weapon. As a part of their training, they have to make a weapon that will stick with and that they will use for the rest of their lives. This weapon becomes their life. Just as the magic wands we saw in the Harry Potter universe.

The Most Famous lightsabers

Now let us discuss the types and modes of the lightsabers. The most common type of sabers has a single blade, but there are some who carry a dual blade laser sword. Since every wielder has to make their own weapon, all are a bit different from each other. But the most crucial difference is of the “force” that is channeled into the crystal. The force determines the mode of this energy weapon while the crystal determines its color and that “force” that drives you is going to determine which of the Star Wars lightsabers is best for you. 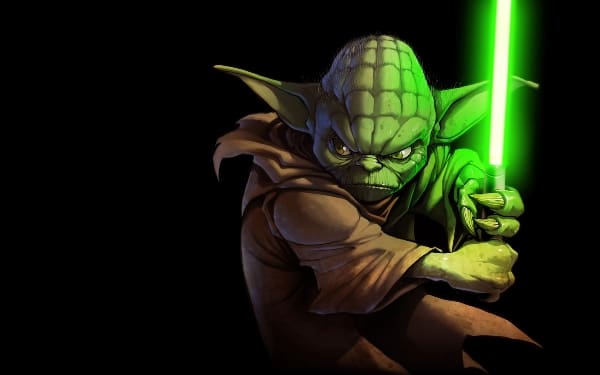 The color green is used by the Jedi’s, who use the force (when necessary) for peace. The great Jedi warriors who prefer negotiation over combat but have strong force abilities and are not hesitant to use them whenever necessary. 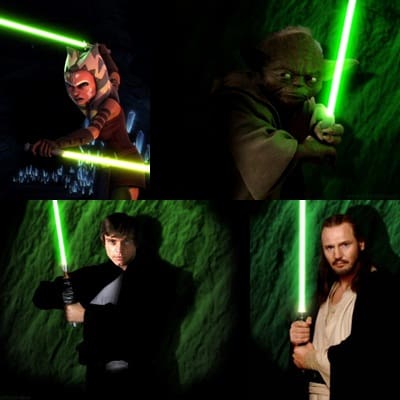 Only the great Jedi Masters like Yoda, Luke Skywalker, Qui Gon Qin and Asoka Tano wielded the green Laser swords. If you are as wise as Qui Jon Qin, as enlightened as Yoda, and as brave Luke Skywalker only then you have the permission to carry any of the green lightsaber star wars. Otherwise, you might be subjected to some harsh ridicule and insult at the next Star Wars convention.

The green sabers are available on Amazon in different renditions as made by the various Jedi warlocks. You can choose the between Yoda or Skywalker, whatever suits you best but I again emphasize that buy this Laser sword on if you match its description.

These Star Wars lightsabers are carried by the pundits of the dark side. Mostly Sith and the dark Jedi, These sabers are powered by synthetic crystals and the driven by the force of evil and lust for power. The color red is given by the crimson crystal favored by the dark side of the force. 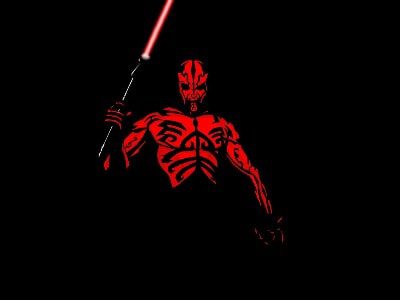 The darkest of the Sith warriors take this lightsaber. Such as the Darth Maul who made the red lightsaber a signature of Sith cruelty and harshness. He used a double-bladed saber which was made of two different sabers connected together. After Darth Maul red became the primary color of choice for Sith Warrior. 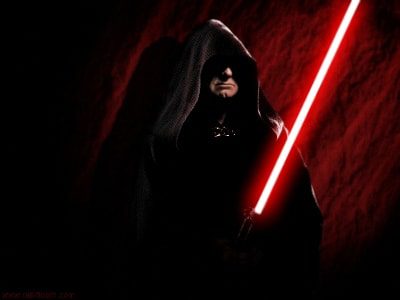 Darth Sidious, the greatest swordsman of the entire galaxy and the lord of the empire, used owned a Jedi red lightsaber but mostly used manipulation and mystery of the force to counter his enemies. 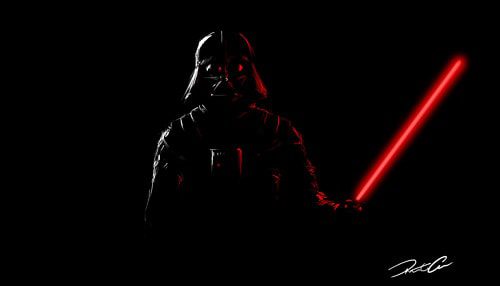 But the most prolific of all was the Darth Vader (Anakin Skywalker), he wasn’t always on the dark side but was manipulated by Darth Sidious to join the dark force, even so, there is still some good in him. 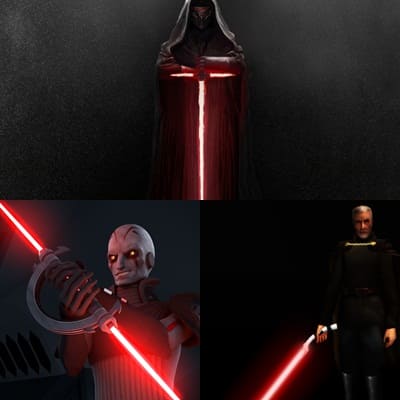 We wouldn’t ask you to wield this dark side lightsaber colors if you are pure evil (because no one is pure evil) but a necessary evil then you should carry this sword. The red saber of Count Dooku, kylo Ren and The Inquisitor can also be found on the internet.

The blue Star Wars lightsabers are used by the skilled warriors and the Jedi guardians who protect and guard the rebel forces against the wrath of the empire. The general mode of force by which this saber is driven is of justice and protection. The wielders of this dark blue lightsaber seek justice more than anything else. The famous Jedi warriors who carry the blue saber are Obi Wan Kenobi, Ezra, and Kai Adi Mundi. 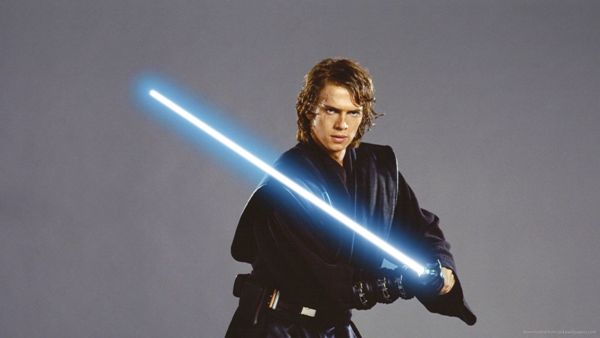 Anakin Skywalker also used the blue saber before he was taken in by the dark forces. His sword, however, was given to Luke Skywalker by Obi-Van Kenobi, and it was the first-ever to be activated on the screen.

Kai Adi Mundi saber was purple to start but as the time passed his allegiance to the lighter side increased and he became a permanent Jedi fighting for the lighter side with the Jedi blue lightsaber.

If you have a personality that seeks justice more than revenge, protection more than destruction and peace more than war, then you should buy a blue laser sword from Amazon.

The Star Wars lightsabers discussed above are the best lightsabers and used by many of the Jedi and Sith warriors and appeared many times on the screen. Now we will look at some lesser-known and lesser famous swords, but unique and if you are one of a kind and the above Laser swords don’t match your traits then check out the following. 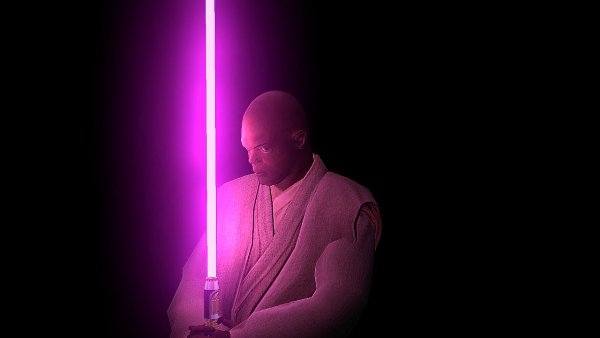 There is only on-screen purple Star Wars Laser Sword (on-screen) and two in the all of the galaxies, carried by Mace Windu and Mara Jade Skywalker. Purple laser sword lies at the crossroads of good and evil, the light and the dark force. The energy driving the force is neither fully good nor fully evil but lies somewhere in the middle ground between the two. The wielders of this star wars lightsaber purple use both the light and the dark techniques with an aggressive style.  This is a very exclusive saber and if you match the mode and nature of this sith purple lightsaber then don’t be hesitant and buy it as soon as you can. 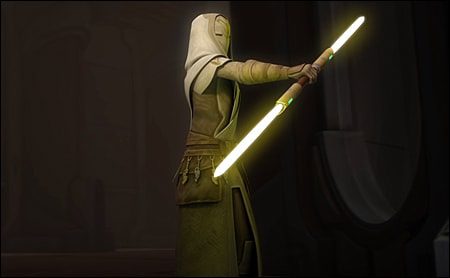 The yellow saber is used by the Jedi temple guards under the command of Cin Dralling. The temple guards are were recruited anonymously from the ranks of Jedi and put into service to ensure order and peace. The Temple guards performed the duties that of spies, they dress up as a common man to dwell among them and extract any information of rebel or chaos. If you have a thing for spies and are often attracted towards details or you are committed to maintaining things in a particular order. Then is Yellow sword is specially designed for you and you only. 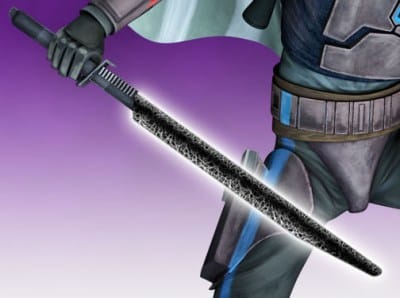 This is the most ancient among all this Star Wars Lightsaber, made up of a dark black blade, which is a flat and pointy curve at the end (like a traditional sword). The force of self-obsession drives this black bladed lightsaber, in recent times, it is owned by the Mandalorian kinsman Piz Vizsla. Before coming into the hands of Mandalorians, the black saber was held by the Jedi order. If you want everything to be about you, if you want the world to revolve around your axis, if want to be the center of everybody’s attraction then you, my dear friend are self-obsessed, and The Darksaber is right for you.

Lightsabers have been the here since the first movie released 30 years back. Since then, Laser sword is the best gift to give a Star Wars fan. Even on Halloween and Comic-con Convention, there are people who do wear saber along with their costume frequently. We do have a Star Wars gift guide that will give you exceptional choices of presents to give. You can choose any of it to gift your bestie.