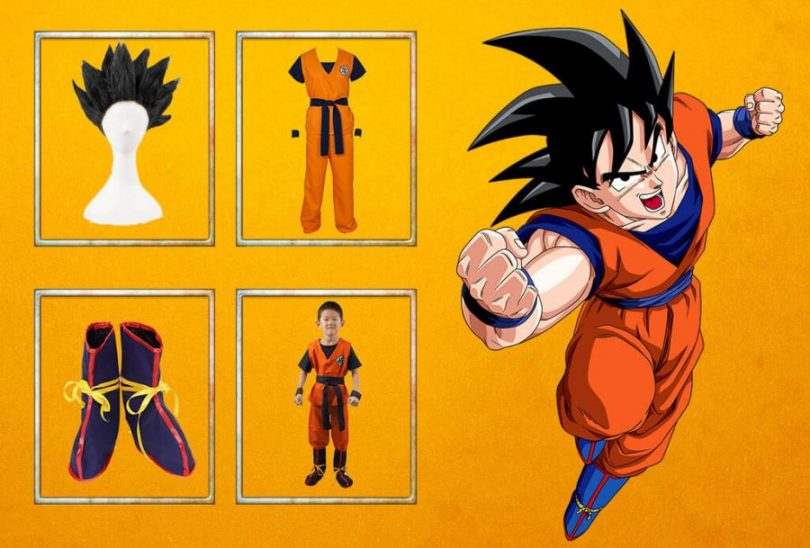 Goku is a fictional character and the leading character of the Dragon Ball manga series. The character was made inspired from a classic Chinese novel naming Journey to the West. The character was introduced in Dragon Ball as a strange, monkey-tailed boy, who is trained in the martial arts and possesses superhuman powers. He meets Bulma and follows her on a trip to discover the desire conceding Dragon balls.

As the hero, he shows up in the greater part of the scenes, movies, TV specials and OVAs of the manga’s anime adaptation (Dragon Ball, Dragon Ball GT, Dragon Ball Z, and Dragon Ball Super). It also appears in many of the franchises of video games. He is found in a traditional martial art outfit with an eye-catching hairstyle. His exceptional style and outfit can be used as a part of any Cosmo occasion and Halloween party. Here we have got the Dragon Ball Z Goku costume.

A large number of individuals admired the outfit he usually wears. Here we have introduced this guide for you that will help you to style like him. Listed below are Goku costumes for adults and kids. You can quickly become like him on Halloween, cosplay party and whatever another place you need to catch his identity. 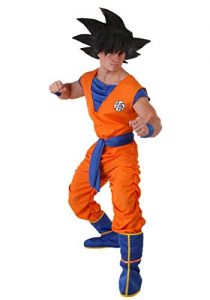 He is most usually observed wearing his trademark orange and red brilliant gear over a dark blue short-sleeved undershirt. It has included Goku outfit symbol kanji on its back and front as well. You’ll be glad to have this complete outfit of the character having all the necessary things. Goku Costume consists of the shirt, pant, belt, 2 wristband and the boot tops. Look fierce and ever ready for the fight like the anime hero. 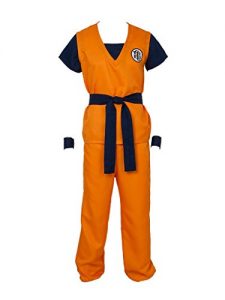 The outfit includes an orange top attached with blue shirt inset, with Goku kanji symbol in front and back. There are matching orange pants with elastic waist and ankles that complete the outfit.  The blue satin waist sash is also available with the Goku Halloween costume. 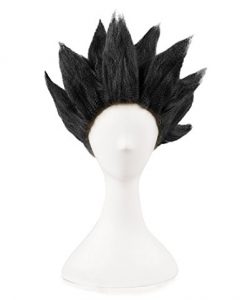 It is a vivid cosplay wig for Goku having the iconic spikes. If you are portraying this character, then you have to grab the one because without it the gear is incomplete. 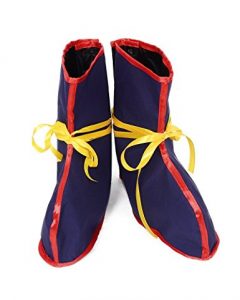 Here is the character inspired boots shoes cover that is easy to take and wear. They have an efficient design and are accessible in a size which fits the most. The soles are available with a textured piece for toes and flexible band for the heel. The shaft has buttons at the back so they can adjust according to the fit. The twofold coating is utilized to solidify the shoe cover. 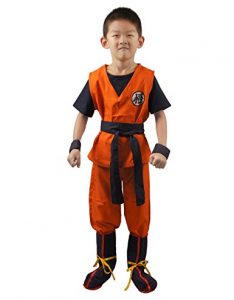 Goku costume for kids is likewise accessible in the guide. For the children, there is one piece suit that has all to get a precise look of the character. Kids ensemble incorporates an orange v-neckline shirt, a dark blue t-shirt, orange pants, two wrist guards, a belt, a pair of feet cover.

Goku costume guide has been gathered for admirers of the arrangement. Everything is accessible that you would need to finish the look of the cartoon character. Grab your outfit for the party and enjoy the festive theme event.