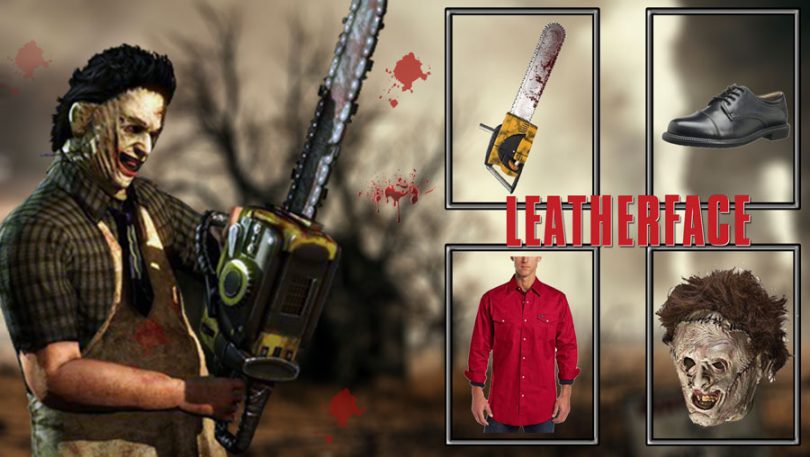 In the world of good people there exist some bad as well. We are talking about the antagonists who brutally kill the innocent for the sake of their satisfaction. Yes, he is the serial killer and the man with many faces – Leatherface. He is the fictional character of a horror movie naming ‘The Texas Chainsaw Massacre.’ He is deemed to be the grandfather of all slasher movie killers. The character was portrayed as mentally handicap or disturbed and wore a mask made of human skin eventually which leads to the character name. The story is loosely based on a real-life serial killer Ed Gein. The Leatherface costume was simple like of a butcher.

He is usually shown with the sparking chainsaw but is also famous for utilizing a hefty sledgehammer to hit his victims. The character often wore up the ordinary clothing with the blood stained apron and holds a boisterous chainsaw. He is prominent for his distinctive mask which is made by stitching the skin he finds from the former victim. Check out the range of ideas we have put together for the costume of most recognized serial killer. Get it for the Halloween and make others scream out loud.

Have a look at the Silent Killer Costume 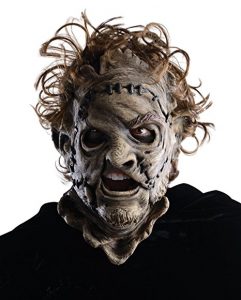 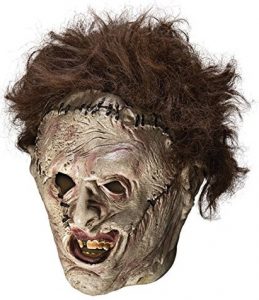 Texas chainsaw massacre is back in the retaliation. Mask is the most important piece of clothing of the character. All of them are taken inspired from the different series. The given above head gear are of high-quality and are available with wig so that you can get the right image of the butchery man.

For the DIY Leatherface costume adult, we have got the polyester made apron. There is a sash with the clothing so that you can tie it comfortably. It has the design of souls entirely on it. 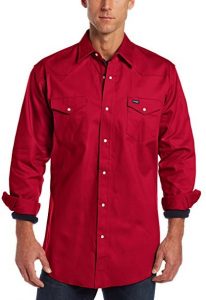 Go for the red long sleeves shirt for the outfit of the character. The wearable is ideal for casual use as well and will serve you with the best utility. It is 100% cotton, and that provides comfort and relaxed feel.

Here we have the cotton straight fit pants on the list for the costume. The black trouser is the core part of his clothing. So go for the clothing and complete the ensemble with perfect matching. 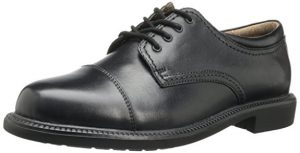 Finish the look by adding the plain black shoes to the collection. The lace-up footwear will compliment iconically with the Leatherface costume ideas. Enhance your work wardrobe with this simple yet elegant pair of shoes.

Straight from the famous Texas Chainsaw Massacre movie. The terrorizing character is well known who disseminate fear and trepidation in the hearts of all who sees him. The Leatherface 1974 costume for Halloween captures the attention of all people at the gathering. It includes the mask with hair, apron with shirt and the tie.

If your lady is also the fan of the deadly character, then this would make an excellent choice for her. It is ideal for the females who want to be the next Leatherface. The slaughterer costume is present with a dusty gray dress with the stitches print and fade style. It also has a chainsaw style small with the blood stain. 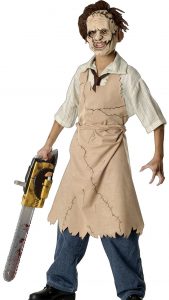 Let’s face it. There are a couple of things more frightening than some indifferent looking freak coming after you with a buzzing chainsaw. The costume for Halloween fits the bill rightly. Pair the old tattered clothing with a prop chainsaw and an apron along the latex mask to complete the look. Capture the victims wearing the given Leatherface costume for kids. 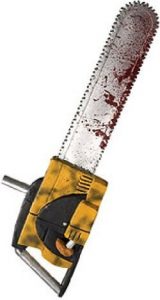 If you want to look exactly like the character, then don’t miss the bone-chilling and most quintessential accessory for the character costume. The chainsaw is available with the blood stains on it giving the genuine gesture of killer weapon. It’s the perfect costume prop to complete the look.

Get together the things for the character’s appearance. The Leatherface costumes for kids and adults are present for you to wear this season’s scary night. Drive back down the street road and make some hysterical sounds to startle the people around. Be one of the worst monsters!