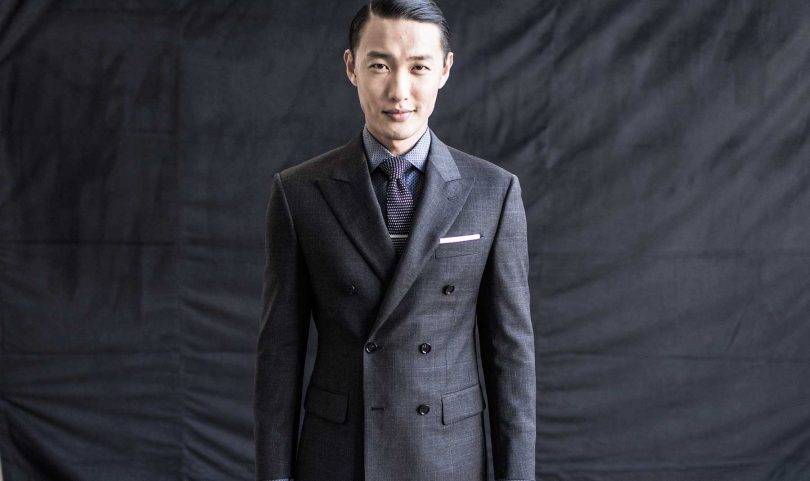 It is a positive feeling when we see people who love to think out of the box and choose a different path when it comes to clothing in fashion. The reason could be anything but at the same time, other people are influenced to try the same. Whether they are formal outfits or casual outfits, you will see people take things to the next level but keeping the sanity in check because they have no interest in looking same as the others. And this intriguing sensation is lifted to new peaks when we see someone going all commando and wears one of those men’s double breasted suits. 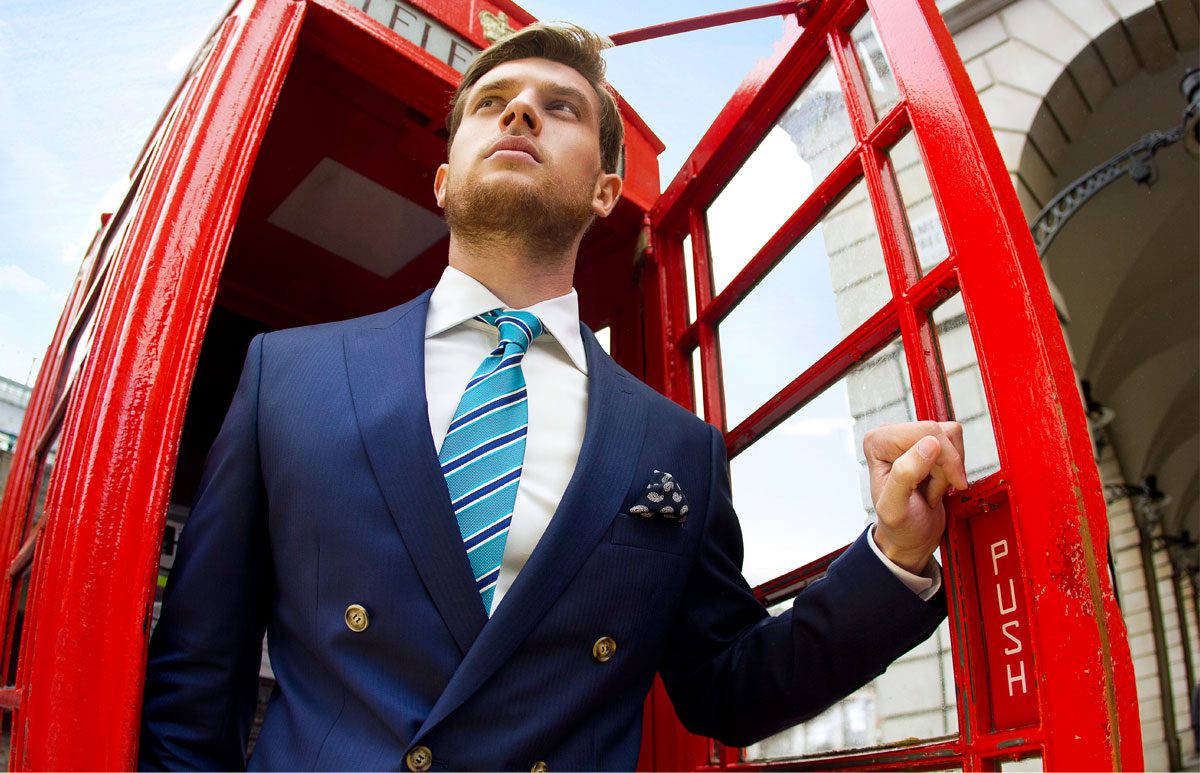 Speaking of the formal clothing and how men are taking it to the next level by wearing something completely unique, suits are emerging from the shadows of ‘bizarreness’ to entering into a world of glamour and luxuriousness. It does make us think about why these suits weren’t trending when they were released into the market and worn in fashion shows. Well, it could be that people were feeling too out of place in these suits, or they just felt better to stick to the traditional single-breasted suits. That’s when the discussion started about whether they should continue making them or no. This was discussed more than six years back. We are in 2016, and it tells an entirely different outcome. 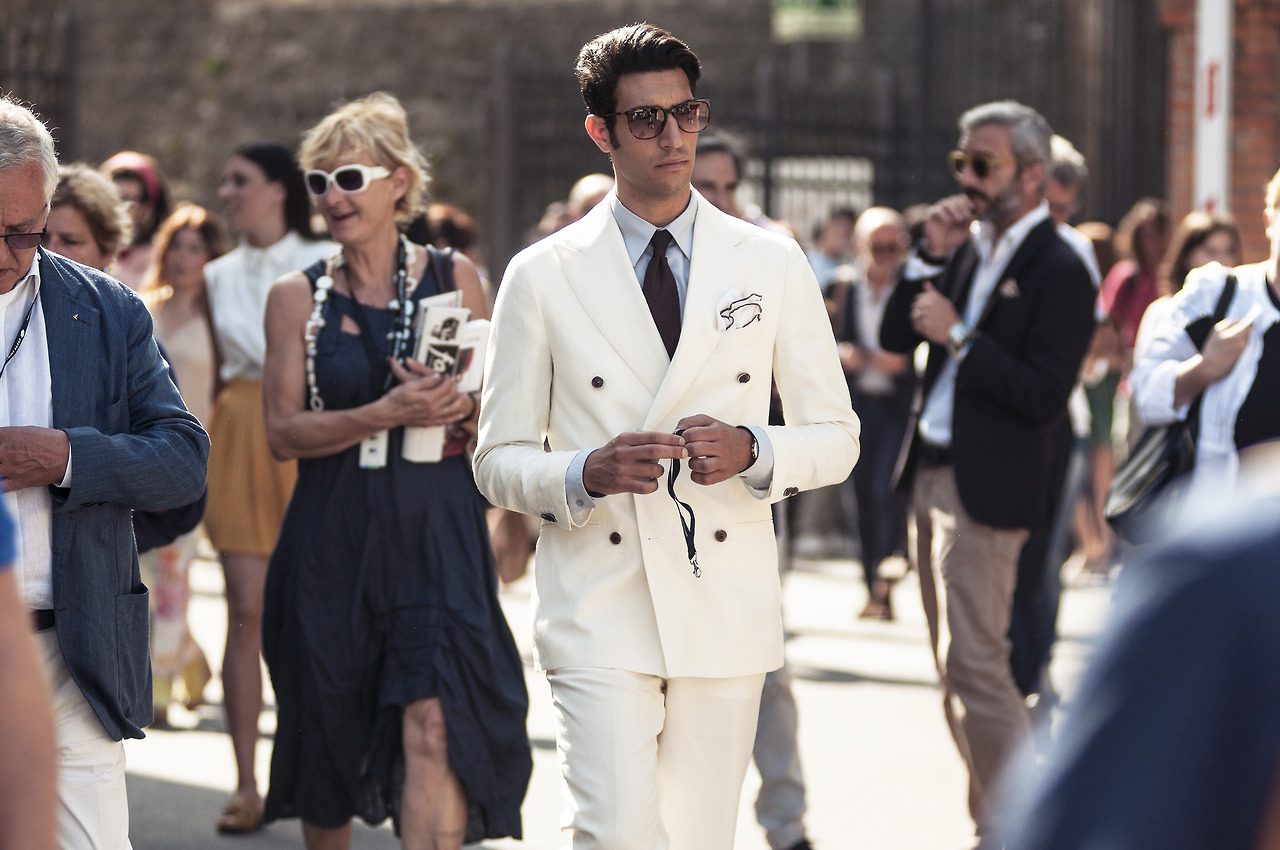 If you are lucky, you can get a ready made suit that fits perfectly according to your physique, but if your luck is bad, then it is highly advisable that you get the significant areas hemmed, so you have a neat overall look. Some think that pulling off a double breasted suit is tough. Well, it is quite easy if your measurements are on the spot. There aren’t many points that you have to keep in mind other than the stitching and cut, but it is better that you stick to the traditions of donning a wide peak lapel style. It shouldn’t be a necessary thing to go against the traditional design when it comes to choosing the lapel. 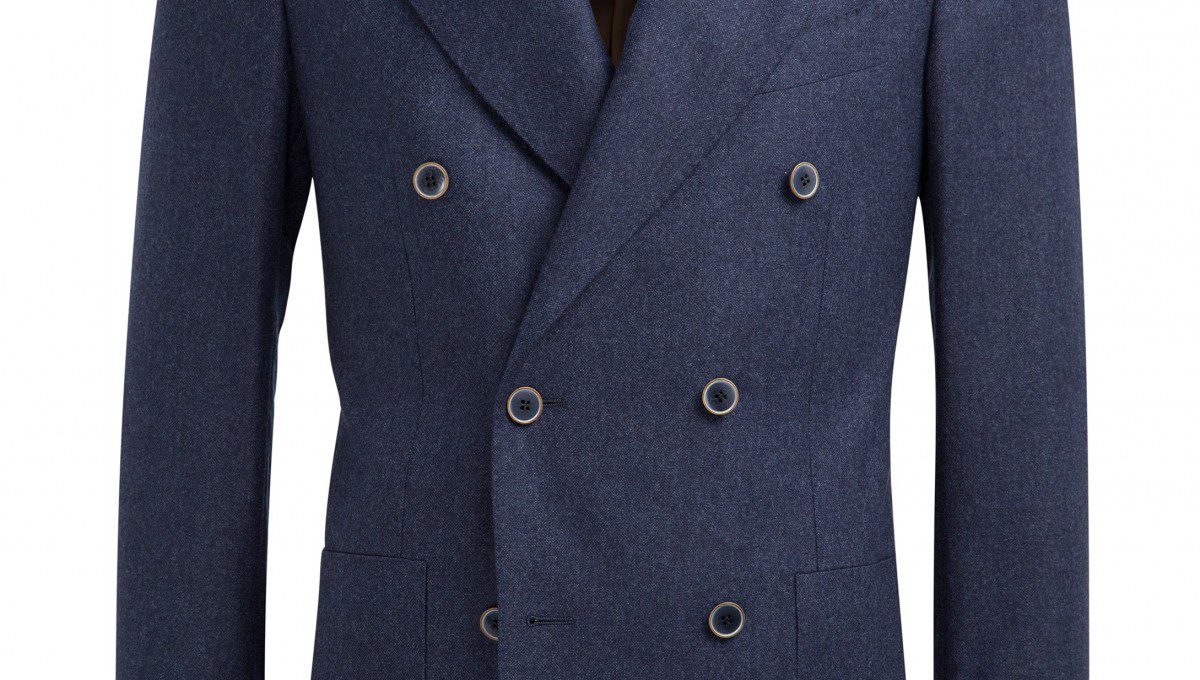 Men’s Double breasted suits also have a history. These outfits became a more common sight during the 18th and 19th century. They were initially mens double breasted blazer or coats that were inspired from the four button pea jackets, which we now famously know them as pea coats. So their overlapping button front was inspired by another outfit. To discriminate them from the pea coats in terms of fabric and the design, double breasted blazer men now come with six buttons and have maintained this design for decades.

As decades passed and more creative designers came into the fashion business, innovative designs and patterns began being used to make this ordinary double breasted suit for men even more appealing. That is why you see various looking suits with pinstripes and windowpane patterns on it. Looking at how people are wearing single breasted suits in these designs, designers have tried to replicate that same trend in their clothing and they have succeeded after trying for years. 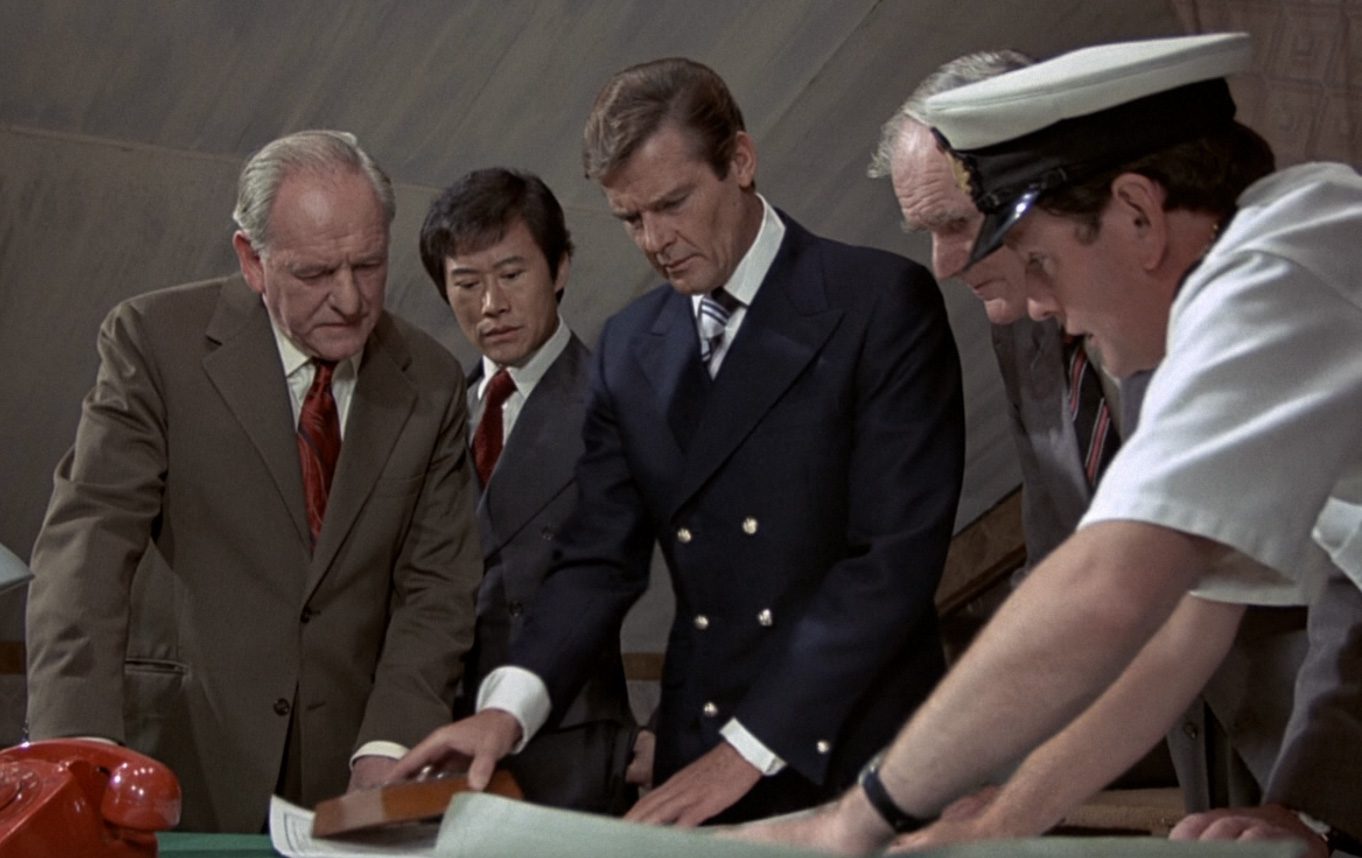 The rise of men’s double breasted suits all started with movie celebrities wearing them to award shows and first showings. Among the most recognized classic outfits in movies is the Robert Moore navy blue double breasted suit that was worn in one of the many James Bond films. Although after that movie, these suits never had a consistent flow in being demanded by the fans. Nevertheless, it wasn’t completely considered a flop. In fact, it was a very rare case because few celebrities pulled off the look.

It is safe to say that the 21st century produced the best-looking suits in a double-breasted style, and the proof is that everyone wants to get one. It has taken a very long time, but it was worth the wait for some. There isn’t any age limit for wearing a double-breasted suit because teenagers and adults are displaying some refined suits at weddings, proms, office meetings, and conferences. You don’t have to wait for a very big event to come to show your suit. It takes only one significant influence to get anyone to try on something they had second thoughts about and it has worked to perfection. That influence is to get a style icon to wear it. 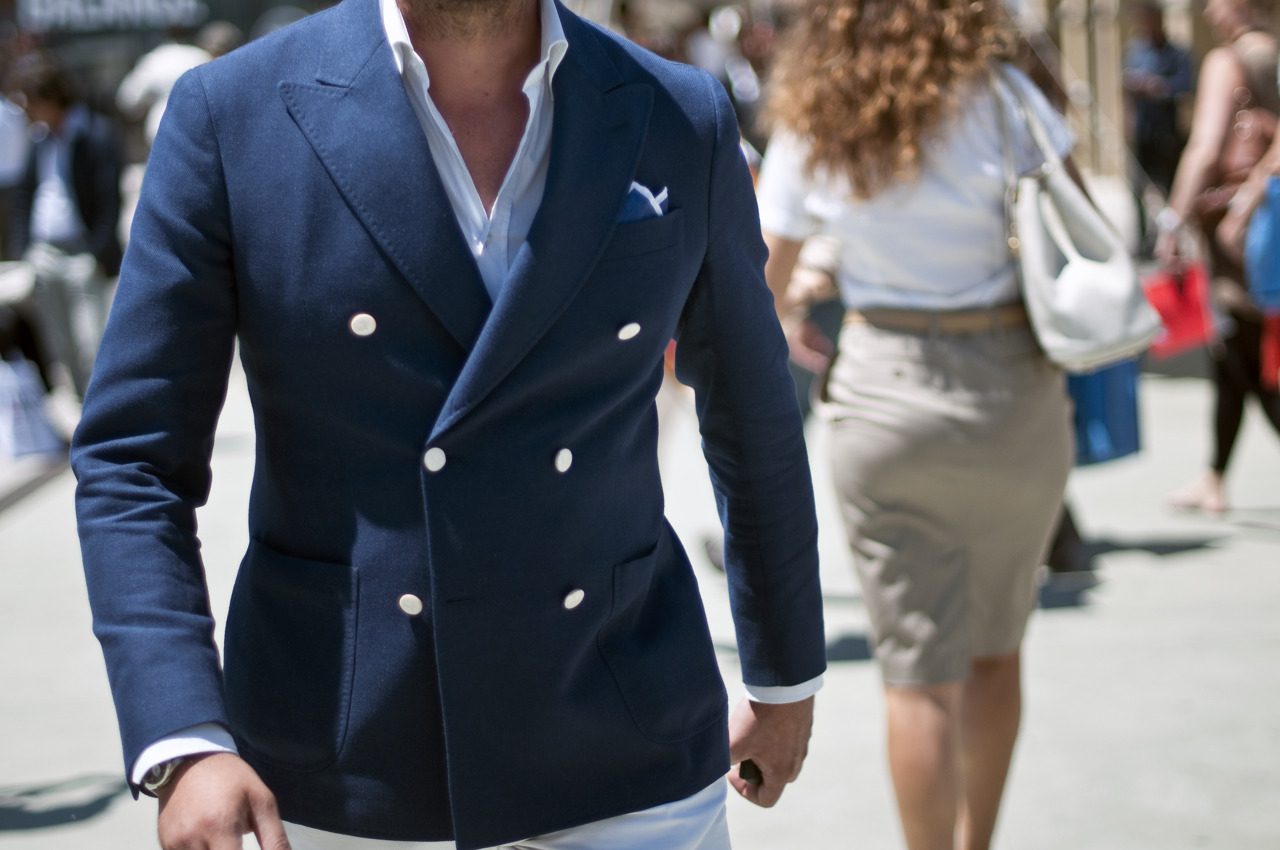 Style icons like Ryan Gosling, Robert Downey Jr., and David Beckham are just a few male celebrities that have donned the double-breasted outfit. That was a strong reason for people to go shopping and getting the same colored blazer that these stars wore and used it in their style combination. 2016 has shown us plenty of outfits that can be utilized for more than one occasion. These men’s double breasted suits can be used as a formal outfit as well as a smart casual outfit.

For instance, at an event, Robert Downey Jr. chose to wear his black pinstripe double breasted suit with sneakers. He got his entire two piece suit to match and that made him look very fashionable. Ryan Gosling was dressed in a fitting solid gray double-breasted suit at an award show, and he looked slim in it. David Beckham took it up a notch by going to a sporting fixture with a double breasted jacket and different colored trouser that still ended up looking good because of the color combination. If any mens jackets you want to wear, consider navy blue or brown. 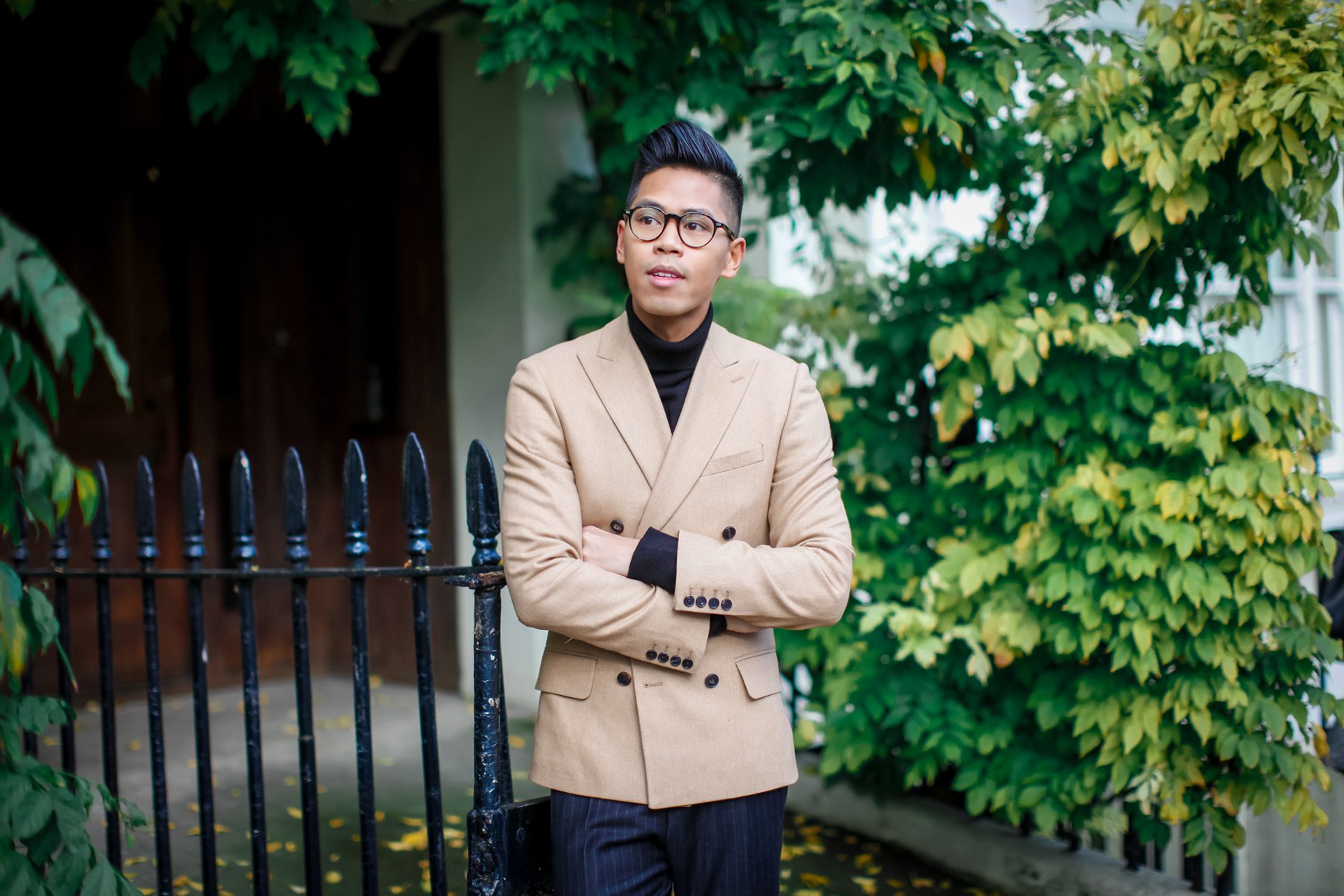 It is basically all about how you mix it up and get colors to blend with each other. That makes people admire you even more. Getting your color combination right in a formal dress code is tough, and if you end up being successful to nail it, people are going to respect and admire your fashion taste. Otherwise, you can just stick to the one color tradition or have different pattern outfit. For example, a black pinstripe double-breasted blazer can go well with a simple black trouser. This is where you play around with colors and see if they blend or not. These suits could be the next convenient outfit you need even for your casual clothing. With the demand rising for the colored blazers, it is the right time that you go out and invest some amazing men’s double breasted suits.

Do tell us what do you think of the high octane knowledge we just sent in your way. We are sure as hell know that in the next occasion where you have to wear a mens double breasted suit, you will wear this classic double breasted suit that is returning to style these days. If you think we have made some wrong assumptions then feel free to comment on our mistakes so that we can set our record straight. 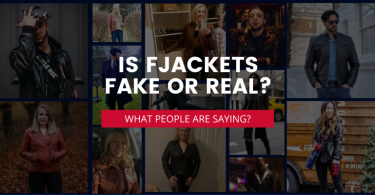 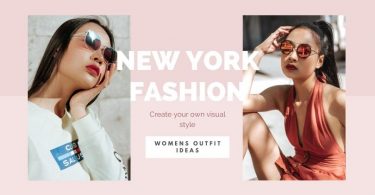 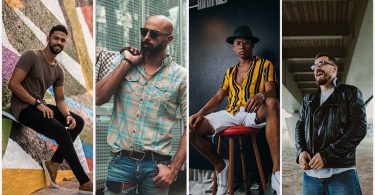