The most anticipated game of all time brings the exciting apparel with a Color combination of Black and Brown. We call it the Assassins Creed Unity Jacket which was worn by Arno. The inspired game attire is made for winter and the designs are screen accurate.

The stunning Assassins Creed Unity Jacket is made from synthetic leather. It includes the hood that will make you look similar to the character. It is detachable so it's your wish to style in your own manner. Order the slim fit Assassin Creed Jacket Today.

About The Game: The seventh installment of the best game known Assassin Creed Unity has been published once again by Ubisoft. Released in November 2014 and made available for Microsoft Windows, PlayStation 4 and X Box One. The game plot is in Paris, relates the story about Arno Dorian that during the French Revolution the character Arno behind the Revolution exposes his true powers. It narrates the story about the character playing through a memory of the dismissal of the Paris Temple and the capturing of the Templar Grand Master Jacques de Molay that took place in 1307. During the sack, de Molay entrusts another Templar holding a Sword and a book, which the Templar hides inside a French crypt. At this moment, the memory sequence has been hijacked by the Assassins, who lead the character to join them as a kick off after giving an internal Abstergo video memo. Then the Abstergo describes the Imprison of a Sage, which contains forerunner DNA that is in a triple than a double helix form. Thereby, Abstergo hopes to bring together a whole precursor genome for indistinct purposes. The Assassin then provides access to another memory segment which directs the new initiate in order to find the location of what the Assassins believe to be another Sage. The memory then comes to the attention of Arno Dorian, who meets Elise, daughter of the Templar Grand Master in 1776 at Versailles. After knowing that his father got murdered at the palace, the Grand Master De La Serre adopts Doria, which Doria knows the real reason of adoption. The story line can be really impressive, especially the Assassin Creed Jacket. About The Character: The prime part of the game is Arno Dorian, a native Frenchman born in Versailles. Afterwards his father is killed by Shay Patrick Cormac at the conclusion of the Assassin's Creed Rogue. Arno is adopted, unaware that his new family holds a senior post within the Templar Order, with his young father figure the Templar Grandmaster.ds a senior position within the Templar Order, with his new father figure the Templar Grandmaster. Arno blames himself when his adoptive father is slain, and then marks out on a quest of redemption that takes him into the Brotherhood of Assassins, where he slowly moves up through the ranks, much like Altair Ibn-La'Ahad and Ezio Auditore as seen in late games. Arno's love interest is a Templar named Elise De LaSerre the daughter of the Templar Grandmaster who adopted Arno. Also sets out to investigate more about her father's death and its role in a growing ideological change within the Templar Order that threatens its core values. Additional characters include Marquis de Sade, Napoleon Bonaparte and Maximilien de Robespierre. In this game, he wore his outfit that considered being his main attire, which he utilized it greatly for his fights and stunts. It’s stunning no doubt and matched to the story line of being in the French Revolution. The game is epic and so does the character, and by the looks of it seems to be better than the previous. This can be a great deal for the fashioners like Assassins Arno Jacket and for the gamers to enjoy the game. 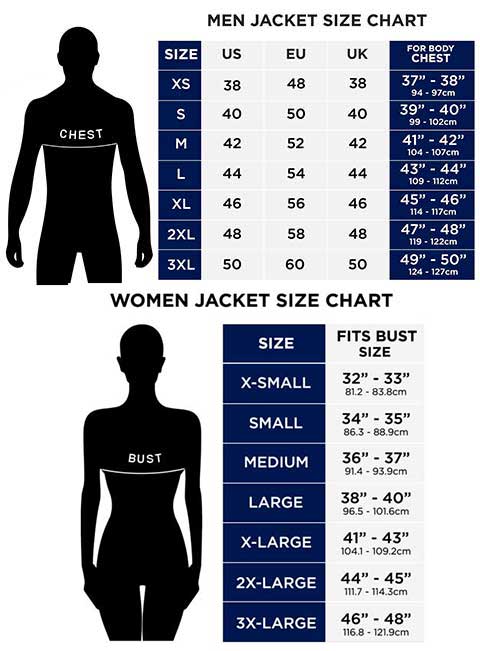 Share Your Feedback
Free Shipping in the USA,UK, and Canada.

About US   Address   Blog

All prices are in USD. Copyright 2020 Film Jackets. Sitemap |

If you require any further information, feel free to contact us.