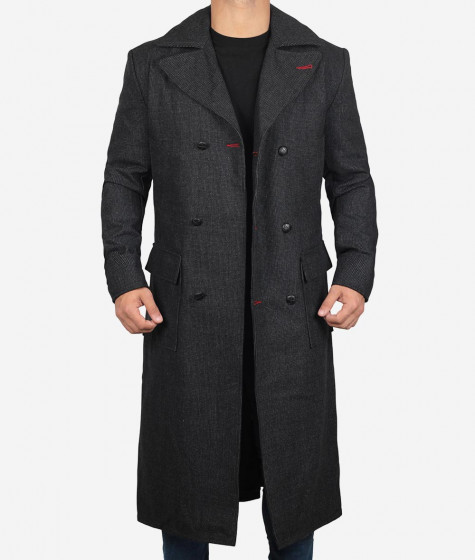 Don't let the cold weather keep you from looking your best. The double breasted design is classic and timeless, and the grey color is perfect for any outfit.

It is made of wool fabric and is detailed with red buttonhole. Attributes include double breasted button closure, upright collar, four outer pockets and two inside pockets.

About The Television Series

The television series of Sherlock Holmes is one of the all time favored television series that casted Benedict Cumberbatch as the World’s Most Greatest Detective Sherlock Holmes. As compared to the movie version, this television series happens to take place in the modern time. It’s basically a modern alteration of Sir Arthur Conan Doyle’s stories. He lives in London of the 21st Century, where the city is filled with mysteries and crimes that only one many can solve, and his name is Sherlock Holmes. Whenever any crimes and another weird mystery that police can't handle it takes place, they call up Sherlock Holmes who can tackle any mystery easily. He does not work alone; he got his trusted friend named Doctor John Watson, who is ready to help him in whatever danger he faces,. Doctor John Watson is the person who only character trust that he considers him like a Brother. Mr. John Watson’s character was played by Martin Freeman, which he depicted great as Sherlock’s helping man, who together stays 221B Baker Street.

Not only puny mystery is in the series, but also some mass murders from serial killers and deals with some smugglers, as well. He can solve anything, which gave the reason this show has given the high ratings of being the most watch television series of all time. For this television series, many good reviews are given which includes the praises of the writing, performance, and direction. They even praised the style of Benedict Cumberbatch of portraying the character very well, especially the Sherlock Trench Coat that they made him wear to image exact as a detective of modern times.

Benedict Cumberbatch successfully portrayed the role by wearing the fantastic outfit of BBC Sherlock Coat. Some facts about Benedict’s role as Sherlock that he was the only one to play on that character that he did it greatly. According to the critics, Benedict did a good job to play a cocky detective who can roam all about with John Watson to solve the mystery and to go all stubborn and irritate Watson like he does best. This what the viewers like about Benedict Cumberbatch that they believe he is suitable for this role, and anyone who places him won’t work well. Benedict Cumberbatch wore the Sherlock Holmes Jacket that worth for £1,000 which in this regard looked handsome and modest like a true detective.

His style, therefore, is in the sense of inspirational that everybody would like to note down. Though he is not the wealthiest person on the television, but the outfits he wore are just sky high. The price did not reflect well to acting clothing, but the way he utilized it made it seem like it’s not priceless. Benedict Cumberbatch is one of the talented stars of today’s world and many want to see more of him that believe that he can progress like one of those big stars in the world. When it comes to real acting, Benedict Cumberbatch is the name, and surely it didn't seem hard to him when he played the Sherlock’s role. He also pay as Doctor strange in 2016. Checkout their guide as well. Complimentary Free Shipping on orders over $55.

Look Luxurious on a Budget with Quality and Affordability.

I had my doubts about the sherlock coat, but it's quite heavy and warm (at least living for New York). Wear it with a scarf and you're set when it's windy. I love the dark color of the coat,, so this is a great price given the high wool content. , I bought this with my own money - no gimmicks in this review. Hope this helps your decision.

Just like others, I got an awesome long coat.The Material is VERY heavy and feels nice and warm. Great Buy wanted one for my cosplay and this coat is amazing for that the quality is also amazing

Looks and fits great! Wear with anything!

Coat fits exactly as you would expect, if you were wearing a suit and jacket underneath, OR if you had a sweater, sweatshirt or other layers underneath. I would definitely recommend you to order this coat without any hestitation. This is a very nice and heavy feeling coat that looks great over a casual or business attire.

A few days ago I received the Sherlock Holmes coat. I am looking forward to wear it. It's wonderful !!! Only the best is good enough.

I have ordered from F-Jackets for the first time from Germany. Processing was very simple. Questions (E-Mail) were answered immediately. Information about the current status is always available. Perfect tracking and tracing. Delivery was very fast over the long distances. And the most important ... the goods are simply top. The coat has exceeded my expectations - I am just totally thrilled. Thanks again to the great Film Jackets team. I am already looking forward to the next order.

Nice, stylish coat for the price

My husband purchased this coat and we are pleased with what we received. It's good material for the price. One downside: It came folded up in a bag so it was slightly wrinkled. However, once you get the wrinkles pressed out with quick ironing, it's a very nice coat. He's 5'9" and 190lbs so he purchased a medium which fit very well but still left room to allow layering with a suit. The apparel also looks good with a casual outfit. The material is wool and feels soft; very similar to my cashmere coat. All in all a good purchase for the price. I will say it is a bit boxy. If you're looking for a solid coat that looks good but won't break the bank, this seems to be a good choice.

I'm 5'11 and 155lb, and size S fits me perfectly. A beautiful coat that is dressy but still warm enough in 30 degree cold weather and of great quality as well. I live in NY and it's just thick enough for the windy fall weather here. The shipping time was extremely fast, I ended up getting the coat a couple of days before the estimated time.

I am going to buy another one for my brother as a thanksgiving present. Thank you very much.

I bought this as a gift for my son, and he loves it and wears it all the time. It fits so well, it looks tailored! He wears it with a suit and sometimes just running around with friends on the weekend, and it looks so stylish with either look.

I love the design and quality of the coat! Love that it has actual red seams on the buttonhole! My first coat was a bit too big, but seller is extremely accommodating and willing to work with you. Great customer service! Hope to be a repeated customer!

Sherlock overcoat arrived today and I couldn’t be happier. Jacket is a great fit and the wool material is beautiful. Sleeves are perfect length with cuffs and the jacket isn’t overly heavy and the workmanship is excellent. Comes with a nice lining and two deep inside pockets with four on outside. I’m 6’2” and 230lbs and the 2XL fits nicely leaving enough room for two layers underneath like a suit jacket. Absolutely love this new coat and has become my go to for fall/winter. This Coat does not disappoint and if your considering purchasing it don’t hesitate.
5 out of 5. Thanks fjackets for first rate garment, easy purchasing and fast shipping!!!

I purchased the Sherlock Holmes coat with high expectations and was not disappointed in the least! The coat is made extremely well, with a high wool that definitely keeps me warm. The wool is excellent quality, much softer than I expected, and there is no itch whatsoever. The details of the coat are excellent, and even has the red thread around the buttonhole. Lastly, you can wear the collar totally up, or partially, both of which look pretty cool, and come in very handy when the wind is kicking!

The jacket was a big surprise!! A surprise in that it was good quality and can be work every day. This is a peacoat you can wear during the winter and not just cosplay wear. I was impressed by the quality of the wool and it's not scratchy. I'm 5'7 and 140lbs (athletic build) and the small was perfect and I can wear a suit jacket and it doesn't fit tight. Shipping was great as well.

I ordered two items from this store. A jacket for my lovely wife and this coat for myself. I am a big fandom behind the Sherlock series and needed this coat in my life. Did not took long enough to get to my address in Colorado. If I ever shop again, I'll consider the indiana jacket.

I'm very pleased with this coat and shipping was lightning fast to the U.S.

I am taking this to the convention

I am a big fan of Benedict and last year, I cosplayed as Doctor Strange. I will do this one and prepared my costume for the big convention. The coat is very nice which fits as according to my expectation. I've been doing a few cute fashion shoots in this coat and everyone seem to really like it.

Shopping online can be risky sometimes but my experience with Fjackets has always been the best. Sherlock Holmes Coat is nicely done, buttons, pockets, and length are accurate. Was arrived a little late but won't say it happened to me the first time. In the end, I would suggest this to all guys who like to cherish the 18th-century fashion.

Very good product! The size fits perfectly, the cut of the coat itself is tremendous. There are a few differences compared to the original, but too few to really notice. Great job!!!

Its all in the Details

My Coat arrived yesterday, I absolutely love it. the detail is prefect right down to the buttons and the red stitching around the button holes. The team even sent an email to ensure my sizing was correct. can't wait to wear it.

Is the best overcoat. I wish it were available in black, so I could buy two instead of one. 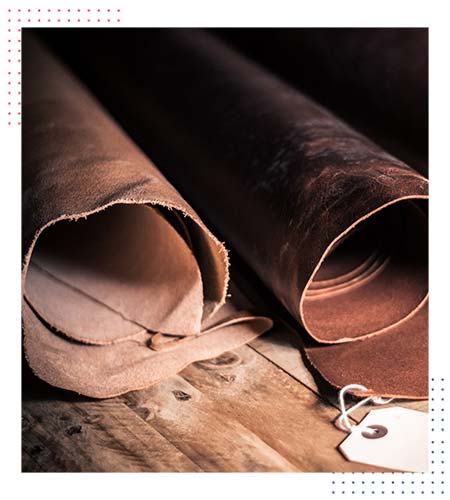 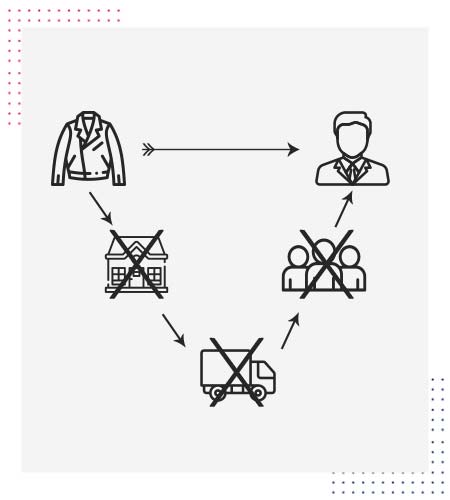 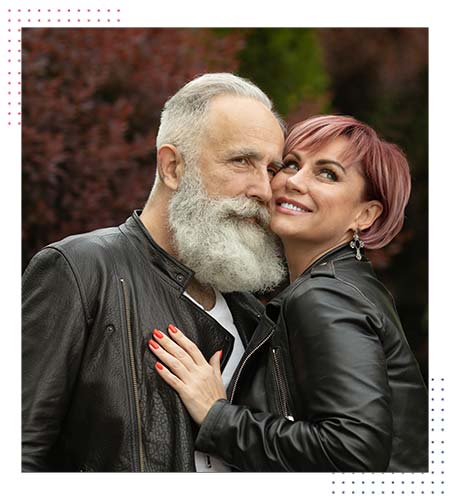 Our mission is to banquet positivity and togetherness in this world. When you select a high-quality and exclusive product for yourself or for someone who you love and care for, you pass on the same love and affection that went into making our product.

Free Shipping in the Canada.

All prices are in CAD. Copyright 2023 FJackets. Sitemap